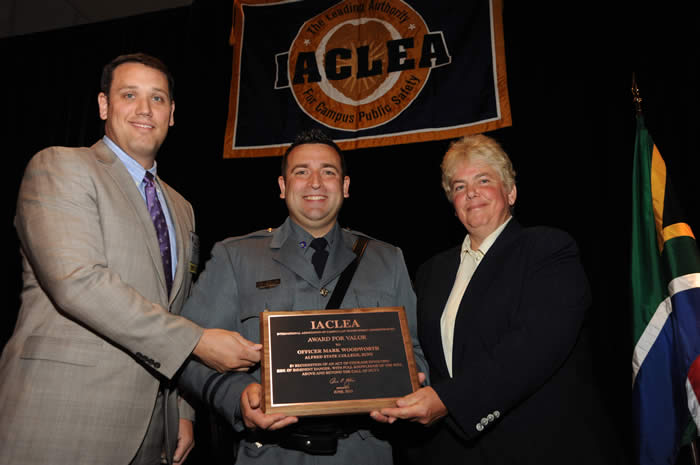 On November 11, 2012, a natural gas explosion at an off-campus apartment complex in the Village of Alfred, NY, left the building badly damaged and some residents trapped in their apartments.

NYS University Police Officer Mark Woodworth was one of the first responders to arrive on scene.