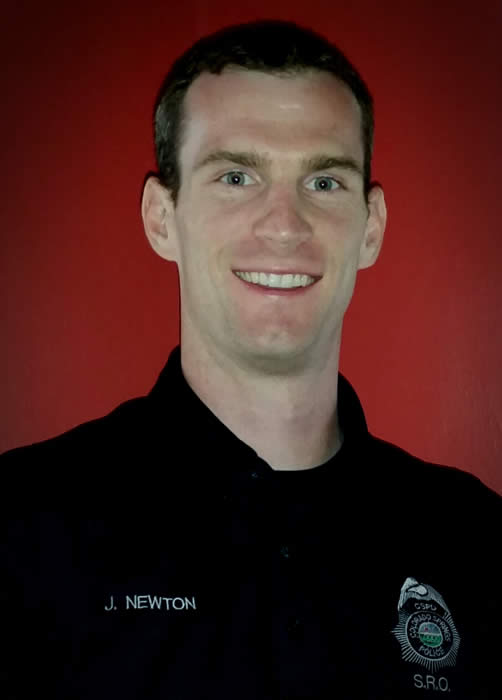 Officer Jason Newton began his law enforcement career in 2004 with the Sherwood Police Department in Sherwood, Oregon. During his time with the Sherwood Police Department, Officer Newton received a lifesaving award and the medal of valor from the City of Sherwood, which was the first time that either award had been given in the city’s history. In 2008 Officer Newton was named as one of the top officers by Parade Magazine and the International Association of Chiefs of Police.

In 2008 Officer Newton joined the Colorado Springs Police Department. In 2010 the Colorado Springs Police Department partnered with Colorado College, a private liberal arts college to pilot a program having a full time police officer on campus. Officer Newton became the first Campus Resource Officer for Colorado College. Since becoming the Campus Resource Officer, Newton has created a number of successful programs on campus, which focus on community education and awareness, opportunity mitigation, and targeting offenders. A few of the programs include Ticket and Talk, Drug Talk, Party Patrol, Sober Host, Tiger Watch, Tiger Patrol, and CC EMS. He has also been instrumental in helping improve the college’s emergency preparedness while building relationships across the college’s faculty, staff and students.