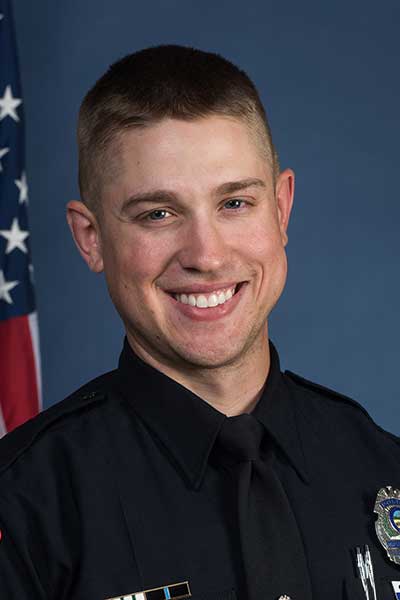 This year’s Award for Valor is presented to Officer Alan Hurujko of the Ohio State University Police Department.  On November 28, 2016, Officer Hurujko found himself face to face with a terrorist who had just driven a car into a crowd at the Ohio State University. The attacker had exited the vehicle and began assaulting people with a knife whereupon Officer Hurujko immediately shot and killed the suspect.  Officer Hurujko’s immediate response undoubtedly saved countless lives and his actions were nothing short of courageous.