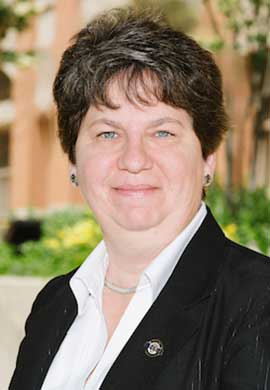 In two months this autumn, IACLEA members in the Southeast dealt with the destruction from two major hurricanes, Florence and Michael, that lived up to the hype about their possible devastation.  While June through November is typically hurricane season and many of our member institutions have dealt with storms before, these two storms had some unique characteristics.

Hurricane Florence landed in North Carolina in mid-September, and it seemed she would never leave.  She stalled with little movement for several days, dumping up to 30 inches of rain atop tens of feet of storm surge. Torrential downpours, wind, and surge caused flooding in places that haven’t flooded in 500 years. Many of our member institutions closed and were in crisis response mode throughout this time.

Hurricane Michael landed on October 10 in an area of Florida not known for severe hurricane activity.  Michael was a Category 4—nearly a Category 5—when it landed in Mexico Beach, Florida. This storm was one of the strongest ever to hit that area.  Michael then continued into Georgia and further north, slowly downgrading but dropping even more rain on the already saturated Carolinas.

Many member institutions across the South and Southeast are still coming to grips with the devastation, the loss of life, and the disruption to lives of their community members.  Through the disasters, campus public safety agencies remained on duty and responded when it was relatively safe to do so. Personnel from many member institutions staffed emergency operation centers, command posts, and shelters to ensure, as best as anyone was able, the safety of the public.

IACLEA Regional Director Jack Moorman, chief of police at North Carolina State University, reached out to member institutions in the Carolinas after Hurricane Florence and across the Southeast after Hurricane Michael. In the spirit of camaraderie at which IACLEA excels, he reported that multiple agencies under mutual aid agreements—NC  State University PD, East Carolina University PD, NC A&T PD, and the NC Arboretum PD—sent officers to assist UNC-Pembroke, which received significant flooding. These officers spent several days at UNC-Pembroke before being released back to their respective agencies.

Many of the same agencies—NC State University PD, East Carolina University PD, and NC Arboretum PD—also sent officers to UNC-Wilmington under a mutual aid agreement to give some relief to the officers who had been working non-stop building barricades to block the water, assisting with operations during the power outage, and helping community members.

Meanwhile, officers’ own families and homes were at risk for injury and destruction.  Yet, they answered the call, met the need, and placed their own interests aside to respond and help.  While every day public safety officers assist the community—and that is very special and very honorable—the moments when their own family, friends, and property are at risk and they selflessly continue to step up for the community are truly remarkable.  Most Americans will help others when there is a need. But few individuals outside of first responders will do it at the same time they, themselves, are in need.

Our members rose to the occasion all across the hurricane-torn region and their communities can have confidence that they will do it again when needed.

IACLEA plans to share the lessons learned from our member institutions.  We hope to gather this information so that others can use it for all types of emergencies—not just hurricanes.