The Chicago Police Department (CPD) recently asked IACLEA to conduct its class on trauma informed sexual assault investigations for CPD officers and detectives, as well as personnel from area colleges and universities. On November 8–9, member institution Columbia College in Chicago hosted the 1½ day class that not only addressed trauma informed investigations, but also how large cities and area campuses could work together more effectively to address sexual assault. IACLEA Director of Training Josh Bronson, retired police Sgt. Jim Markey, Phoenix Police Department, and retired police Chief Dan Clark, Lakewood Police Department, and John Carroll University Police Department, instructed the class; they were thrilled with the level of engagement and interaction from the participants.

Through activities, lecture, and group discussion, participants learned about the realities of sexual assault on campus, how trauma can impact a victim, how to conduct trauma informed interviews, and the importance of working collaboratively between agencies. One activity that highlighted the importance of conducting trauma informed interviews involved a demonstration in which two participants were asked to complete a jigsaw puzzle, one at a time. The first participant was repeatedly badgered with questions about why he was working on the puzzle in a certain way, asked to hurry up, and interrupted with phone calls. The second participant was made to feel more comfortable, thanked for assisting in putting the puzzle together, and allowed to actually put the puzzle together with zero interruptions. One of the class participants indicated that he had never thought about how interviewers come across during an interview, and how important it is to just listen during an interview, rather than peppering the victim with questions.

Sexual Assault on Campus: A Trauma Informed Response is available both on-request (we send a trainer/s to you) and as a more traditional class, with two classes being offered in the spring: 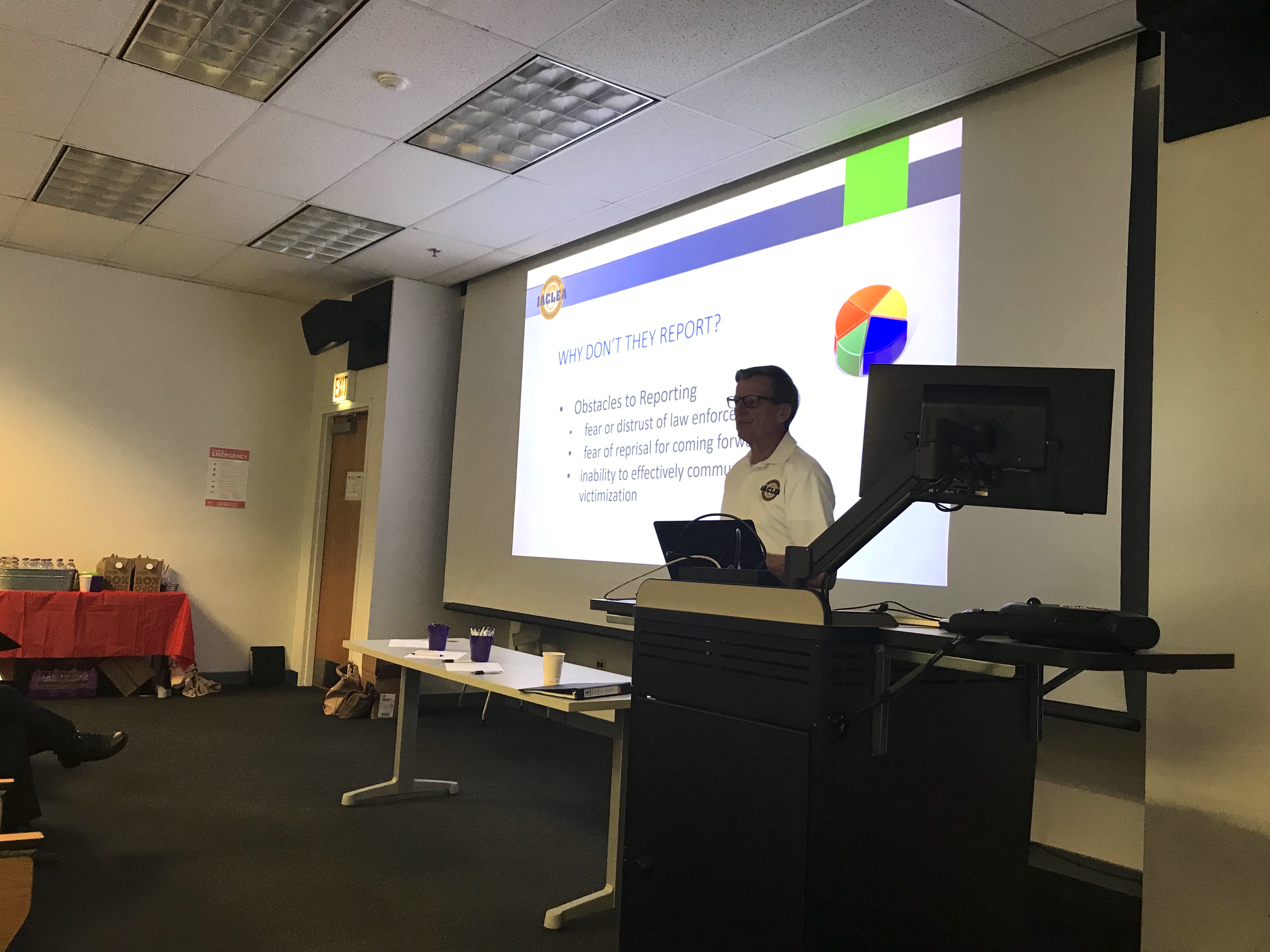