Unity of Problems and Purpose

Vice President for Finance Eric M. Heath and I recently represented IACLEA at the Association of University Chief Security Officers (AUCSO) Annual Conference at Aston University in Birmingham England.  IACLEA and AUCSO have shared a strong relationship for years.  During this event it became exceptionally clear why: we have so much in common.

Her presentation covered a wide variety of topics and how universities in the United Kingdom and much of Europe are responding to the challenges within higher education.  It was clear to Eric and me that the similarities amongst all of us in higher education and the challenges we manage—regardless of the country in which we live and work—far outweigh any differences.

She addressed risk assessment for universities.  Then there were the host of issues familiar to all of us.  All campuses must address sexual assault, hazing, and initiations.  A recent rise in knife crime (a similar concern as gun crime in the United States) has plagued campuses in the United Kingdom. Drinking leads to untimely student death, especially by drowning. The challenges resulting from mental health crises are reaching a resource-breaking point; more funding and resources are needed, and university staff requires more training and assistance.

While we in the United States and Canada often pride ourselves on the First Amendment to the US Constitution or similar rights in the Canadian Charter of Rights and Freedoms, the Europeans have similar freedom of expression protections in their legal frameworks.  Many nations are witnessing the rise of hate speech and attacks and the ensuing demonstrations.  The Universities of the United Kingdom fiercely believe that ideas should be discussed and disputed on campuses and that free speech is vital to the health of a democracy.  They acknowledge this while struggling—as officials in the United States and Canada do—with having the staff and ability to safely hold these events.  As we have found, this balance is becoming increasingly difficult. 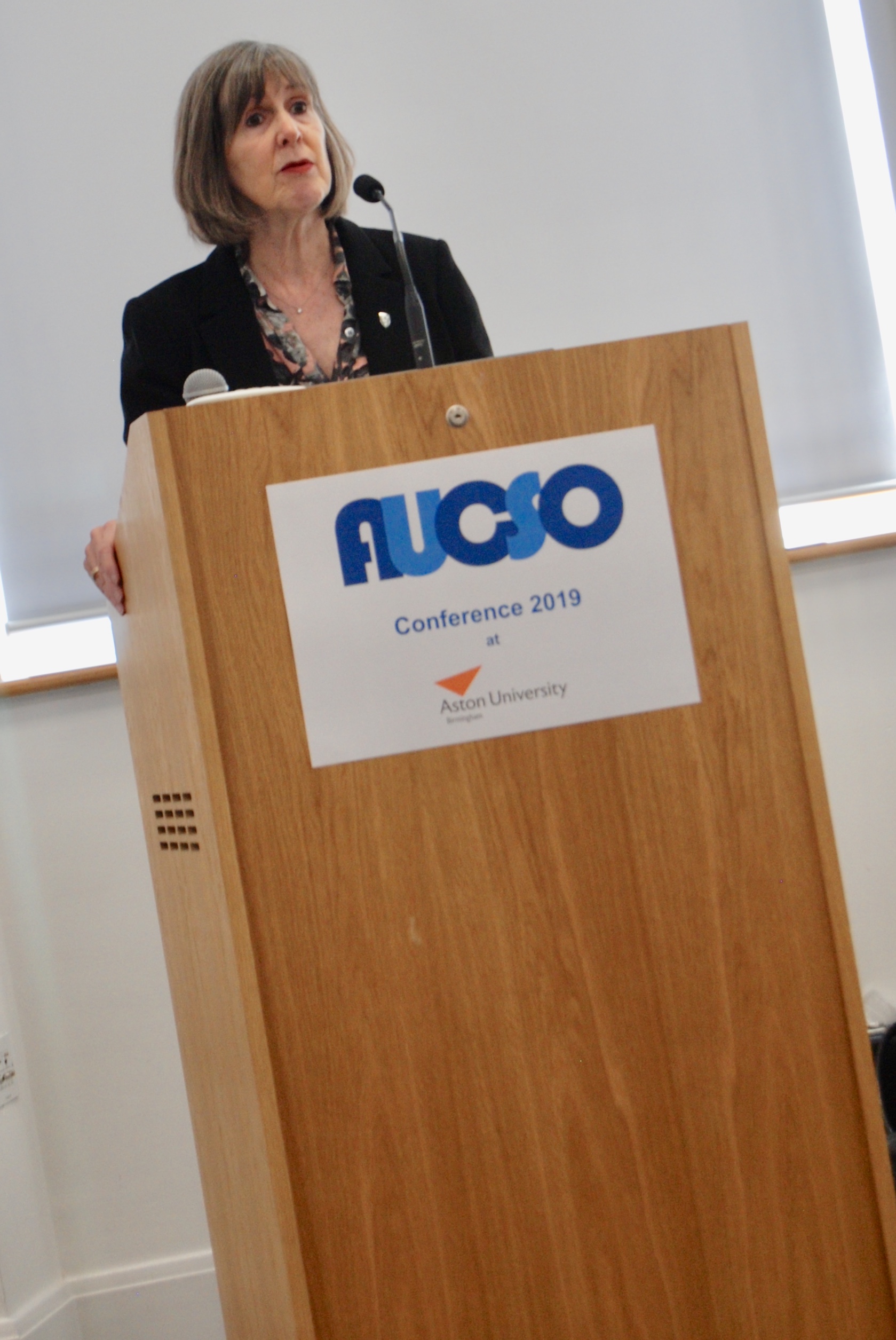 Finally, Professor Beer spoke about the uniqueness of having a truly international student body, with traditions and ideas from around the world represented. She noted the fabulous enrichment different cultures bring to any discussion and learning environment.  She also noted something to which we can all relate:  sometimes cultures blend, and sometimes they clash.  Her conclusion was encouraging. The opportunities for growth and enhancement are ever present. The future of the next generation, and of the world, is bright.  The safety issues and challenges are significant, but together we will have a better future.

Our attendance at AUCSO reaffirmed that we are united by far more than divides us, and we can learn so much from each other.  We look forward to hosting the leadership of AUCSO when IACLEA meets in Vancouver this June.