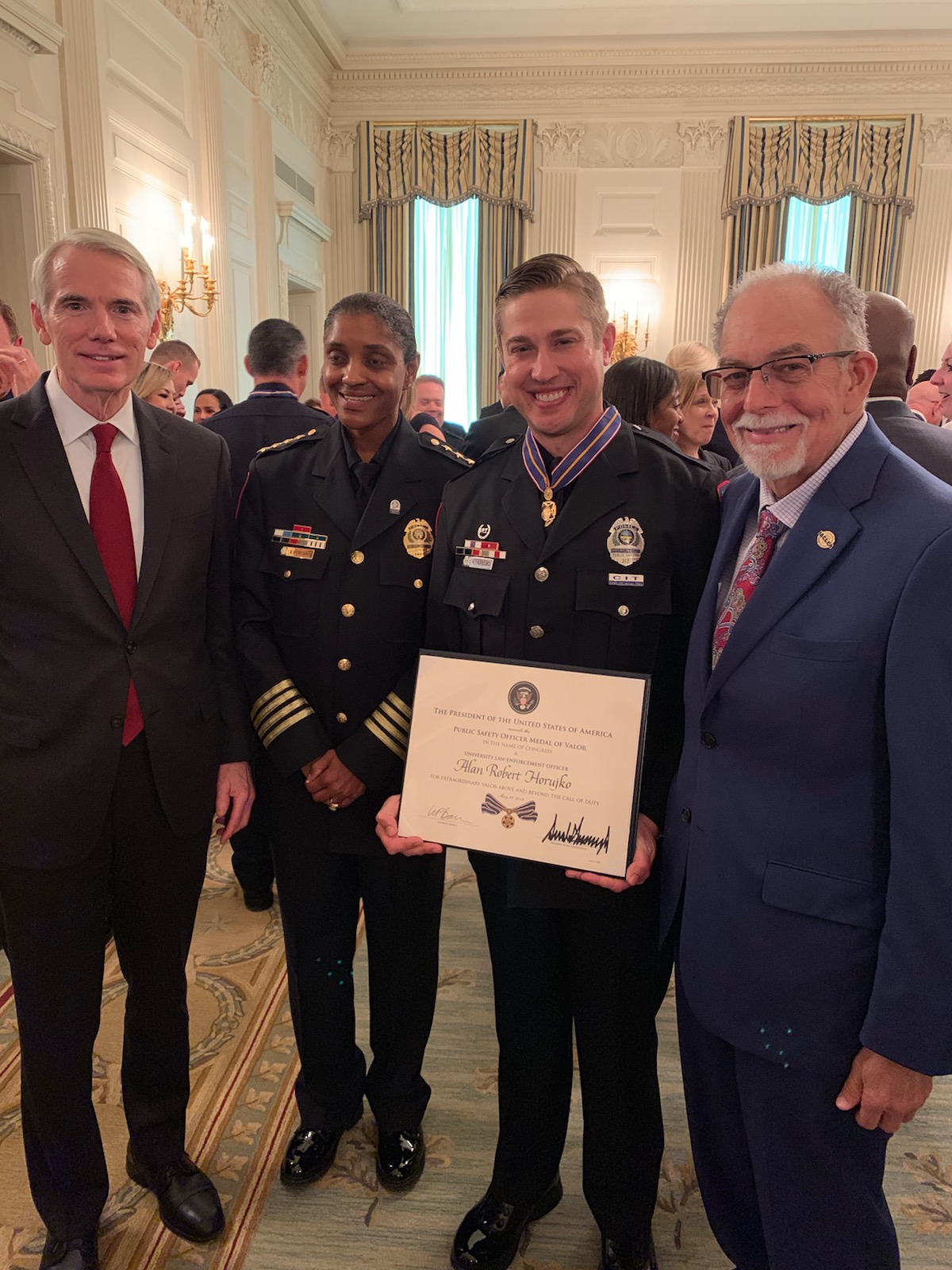 IACLEA is proud that Officer Alan Horujko, of The Ohio State University Police Division, who stopped an attack in 2016, was honored by President Donald Trump on May 22, 2019. Horujko was among the officers recognized in a White House ceremony at which they received the Medal of Valor. Officer Horujko earned the IACLEA Award for Valor at the IACLEA Annual Conference & Exposition in 2017 for the same act of bravery.

On November 28, 2016, Officer Horujko found himself face-to-face with a terrorist who plowed his car into a group of people on campus and started assaulting them with a knife. Officer Horujko confronted the assailant and within 53 seconds of pursuit terminated the threat by shooting the assailant, preventing loss of life. Officer Horujko’s bravery—placing himself between the attacker and those who he is sworn to protect—reduced injuries and saved lives.

In an interview with The Lantern, Horujko said that "The senses went off that something's definitely not right; I drew my gun and said, 'What's going on?' And someone said, 'he's got a machete.'" He said his training took over. "And somehow, I just remember time really slowing down, and I was able to pick up this guy running with a large butcher-style knife." After Horujko shot and killed the suspect, he ran back to the location where the car had crashed into the crowd of people, knowing that there could still be people who needed his help.

“The man charged toward Alan after doing a lot of damage to others, but Alan shot him and killed him immediately,” President Trump said during a ceremony to honor Horujko and other law enforcement recipients of the honor from around the country. He continued, “Thanks to Alan’s swift action, not a single innocent person that day died…Officer Horujko, we are forever grateful.” 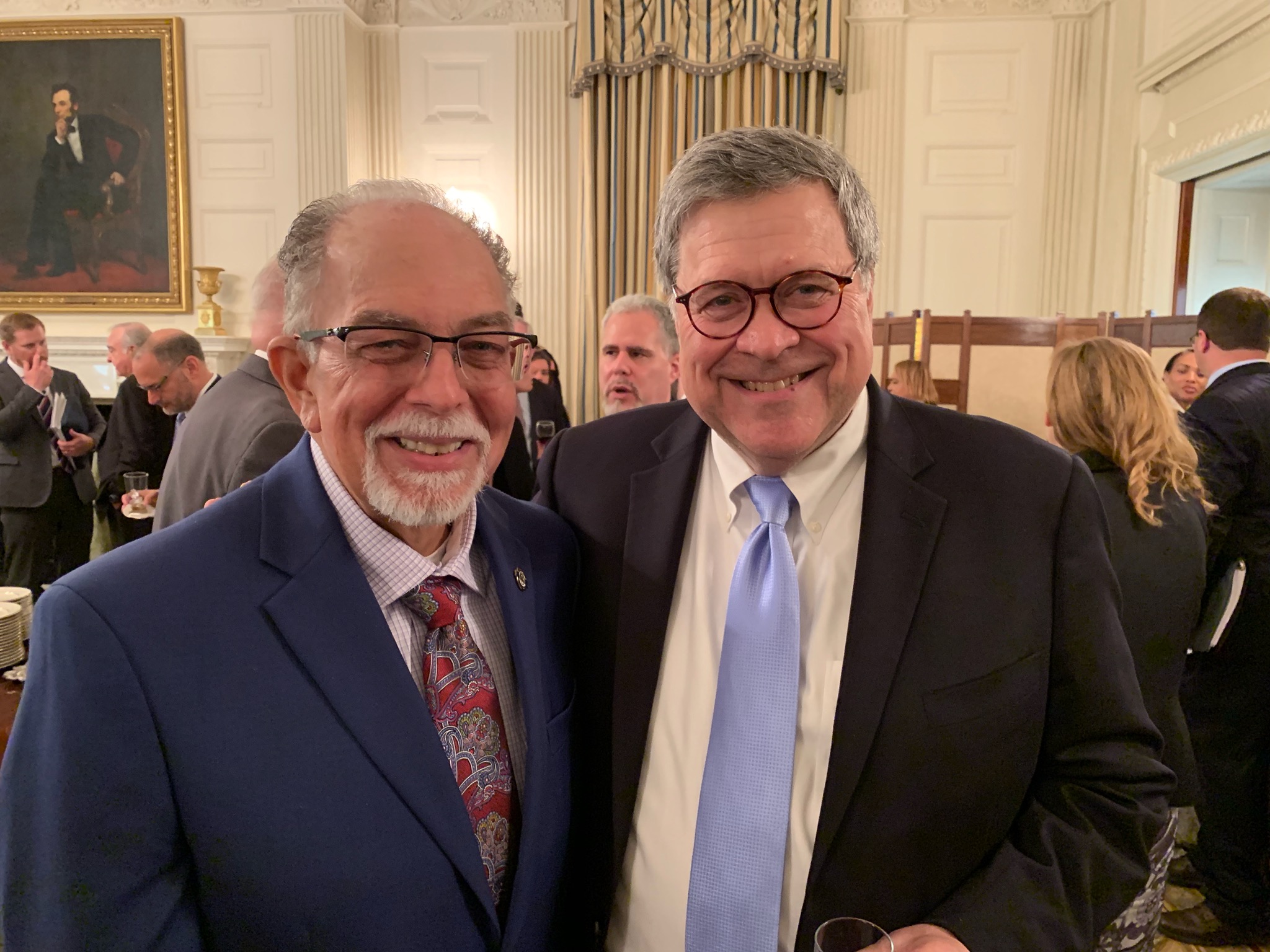 This sentiment is echoed in a message from IACLEA President Paul Ominsky who attended the award ceremony along with Ohio State University Chief of Police Kimberly Spears-McNatt. Said Ominsky, “IACLEA is proud of the professionalism exhibited by Officer Alan Horujko in response to the attack. The bravery and judgement of Officer Horujko exemplify the excellence instilled in all of our members. We are ecstatic that there was presidential recognition of the heroism of such an impressive university police officer.”