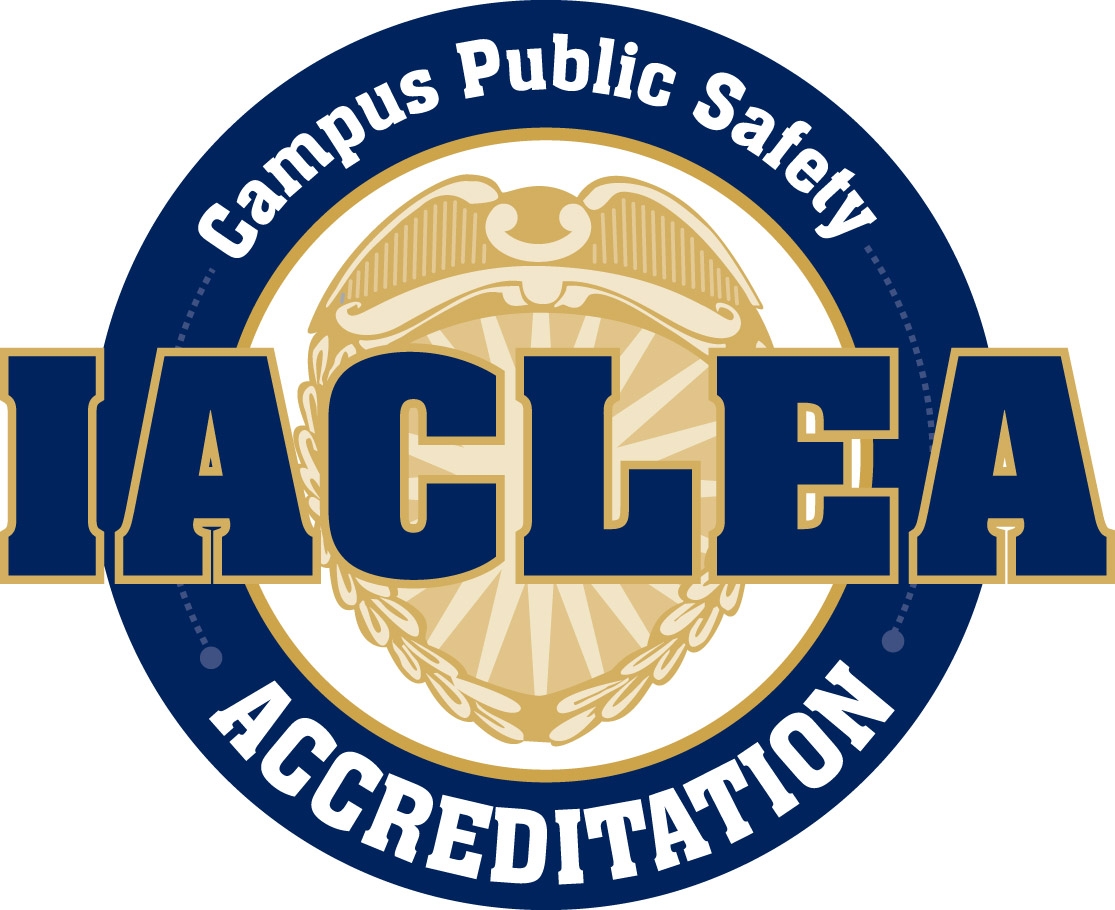 The IACLEA Accreditation Commission announced that 14 member agencies have acquired accredited status since the 2018 conference in late June of 2018. Each was recognized during the Accreditation Awards Ceremony, Thursday, June 27, prior to the morning plenary session.

Each of the departments honored elected to implement policies and procedures to comply with more than 200 applicable standards. They then documented their compliance and underwent a comprehensive evaluation by a team of independent assessors, who verified their compliance with the standards.

In each photo in this session, IACLEA President Paul Ominsky and Accreditation Commission Chair Jessica Leudtke are pictured congratulating agency representatives on their achievement.

Fresno State Police Department has 27 officers and more than 30 non-sworn, full-time staff. The department is responsible for 388 developed acres of the main campus, 1,011 acres of the University Farm, and has jurisdiction one mile beyond the campus property. The department began as a security department and became a police department with sworn personnel in the early 1960s. In 1983, California State University police departments, including Fresno State, were granted statewide peace officer powers for sworn officers. Due to its pursuit of accreditation, the department made significant changes to its evidence and property functions and now operates a state-of-the-art facility. 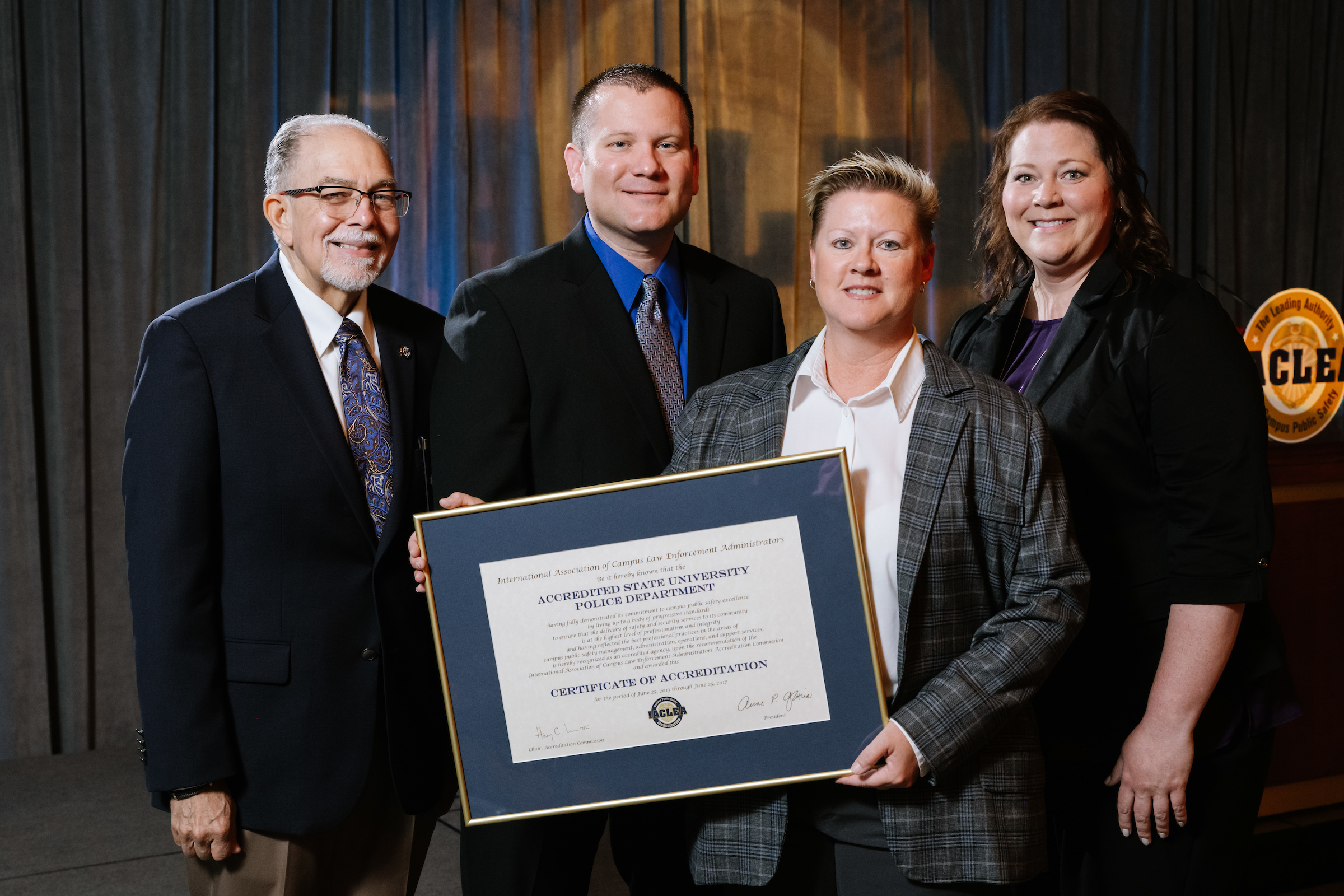 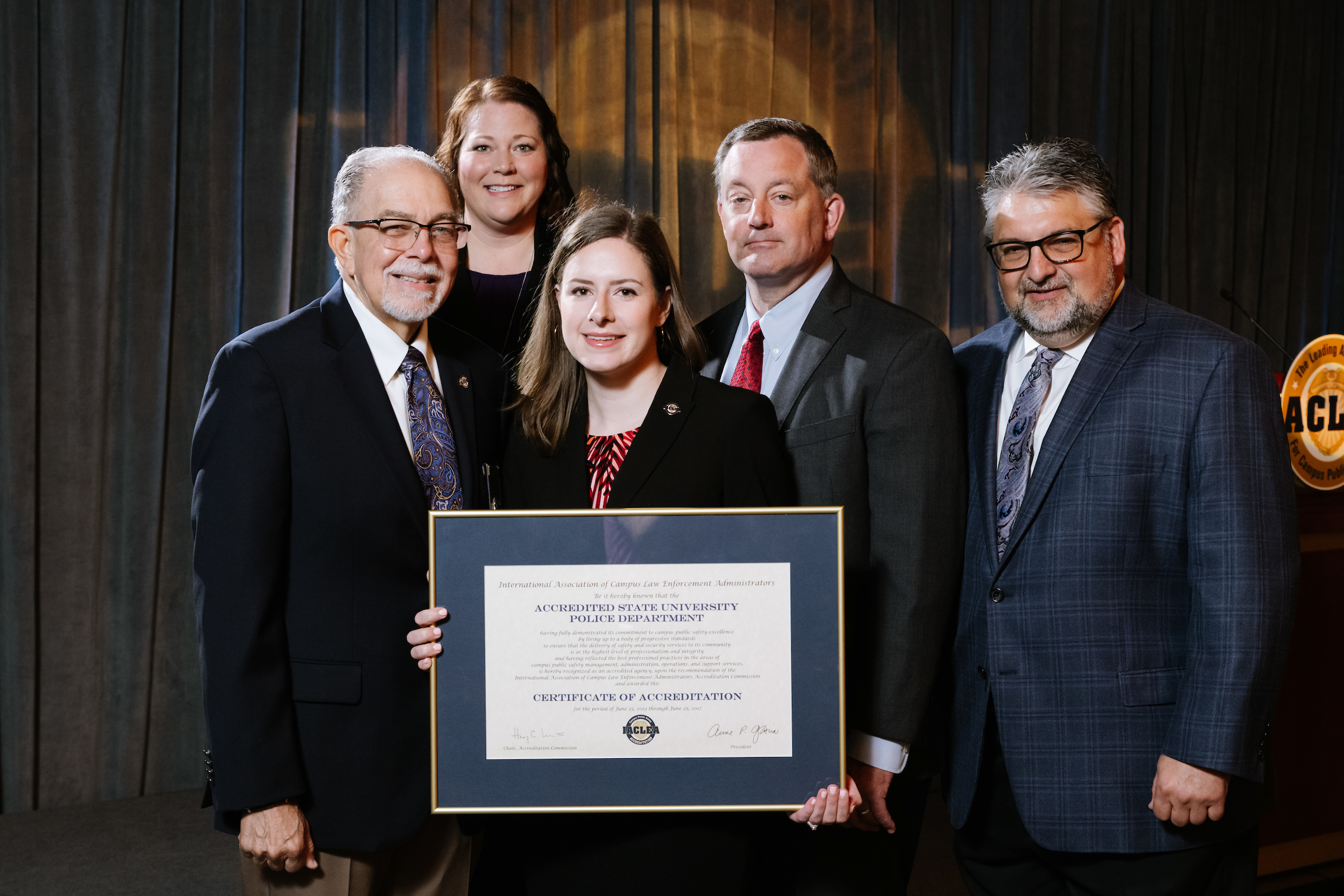 The Elon College Campus Police Department was founded in 1996 as a campus police agency recognized by the North Carolina Attorney General’s Office. The agency provides a full range of police services, utilizing 21 full-time state-certified police officers, 14 non-sworn community service officers, six communications dispatchers, and three administrative support personnel. The agency has a strong service orientation based on creating and sustaining partnerships with the community and balances that with a strong reliance on technology and innovation. 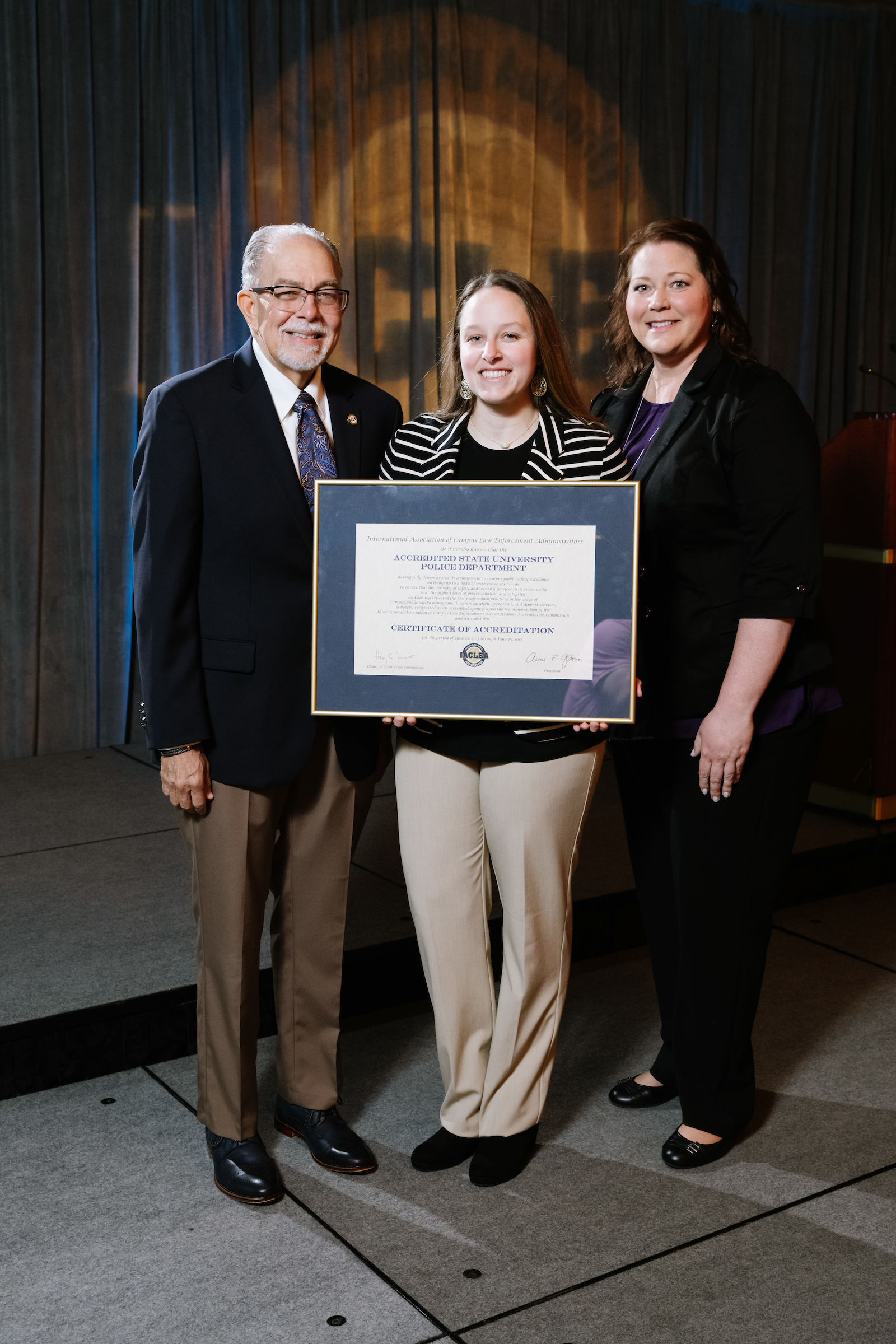 Approaching its 100-year anniversary, the Texas Woman’s University Department of Public Safety was established in the 1920s. Today’s agency serves 15,000 students across three campuses, including the 270-acre main campus in Denton, as well as smaller campuses in Dallas and Houston. The agency has 20 sworn positions, 11 non-sworn security officer positions, and 12 support staff positions across three campuses. In 2019, spurred in part of its pursuit of accreditation, the department moved into a new state-of-the-art public safety/police facility on the Denton campus, designed to accommodate anticipated growth in the agency. 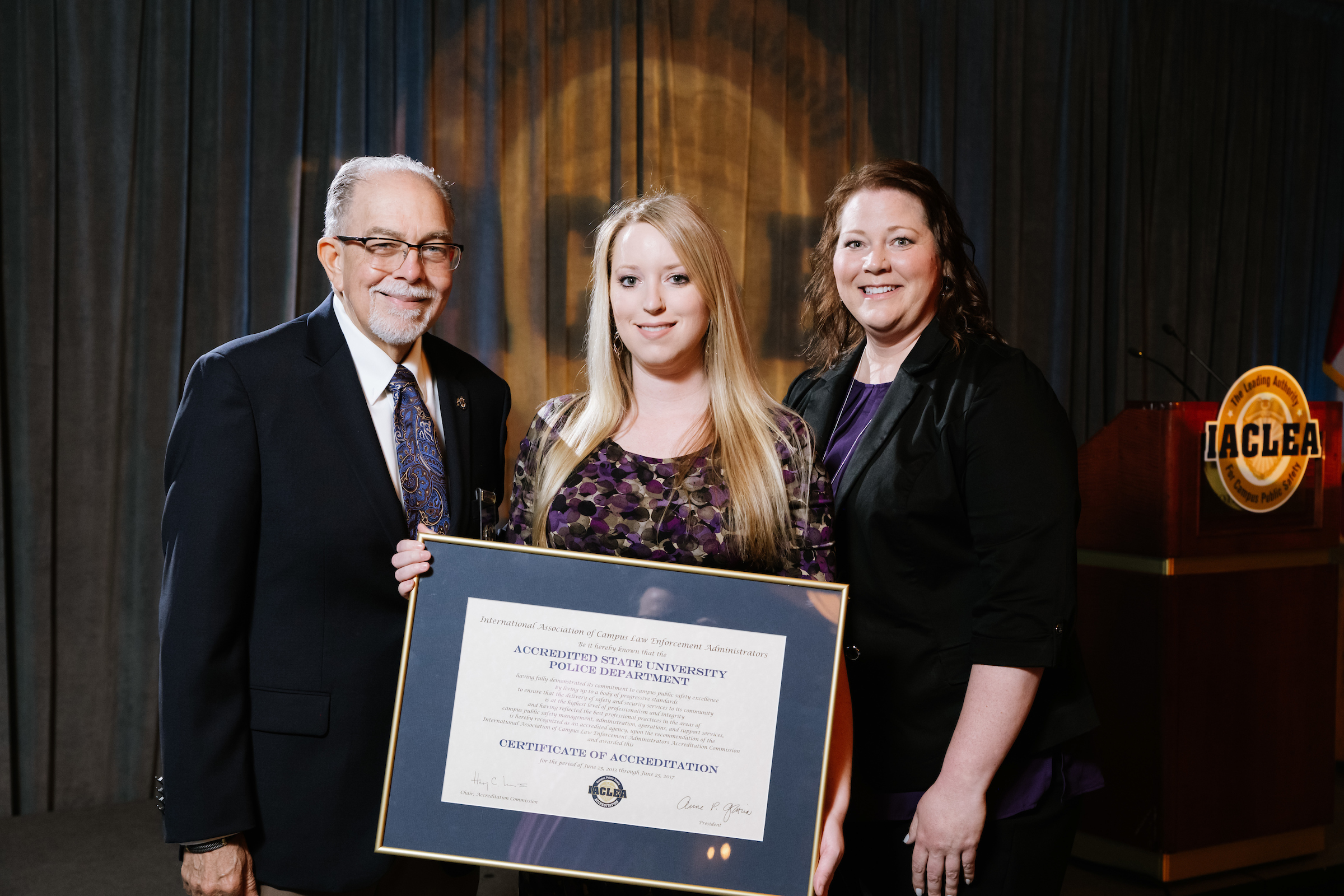 The Trinity University Security and Safety Department was organized in the early 1900s. In 1969, the Texas legislature passed legislation allowing private universities to create a police department and hire licensed police officers. The Trinity University Police Department was established in 1982. In 2014, the San Antonio-based department became the first private university to achieve recognition status (ie, accreditation) from the Texas Police Chief's Association and was recognized again in 2018. The agency is known for its commitment to its motto: "Proactive, Progressive, Professional" policing. 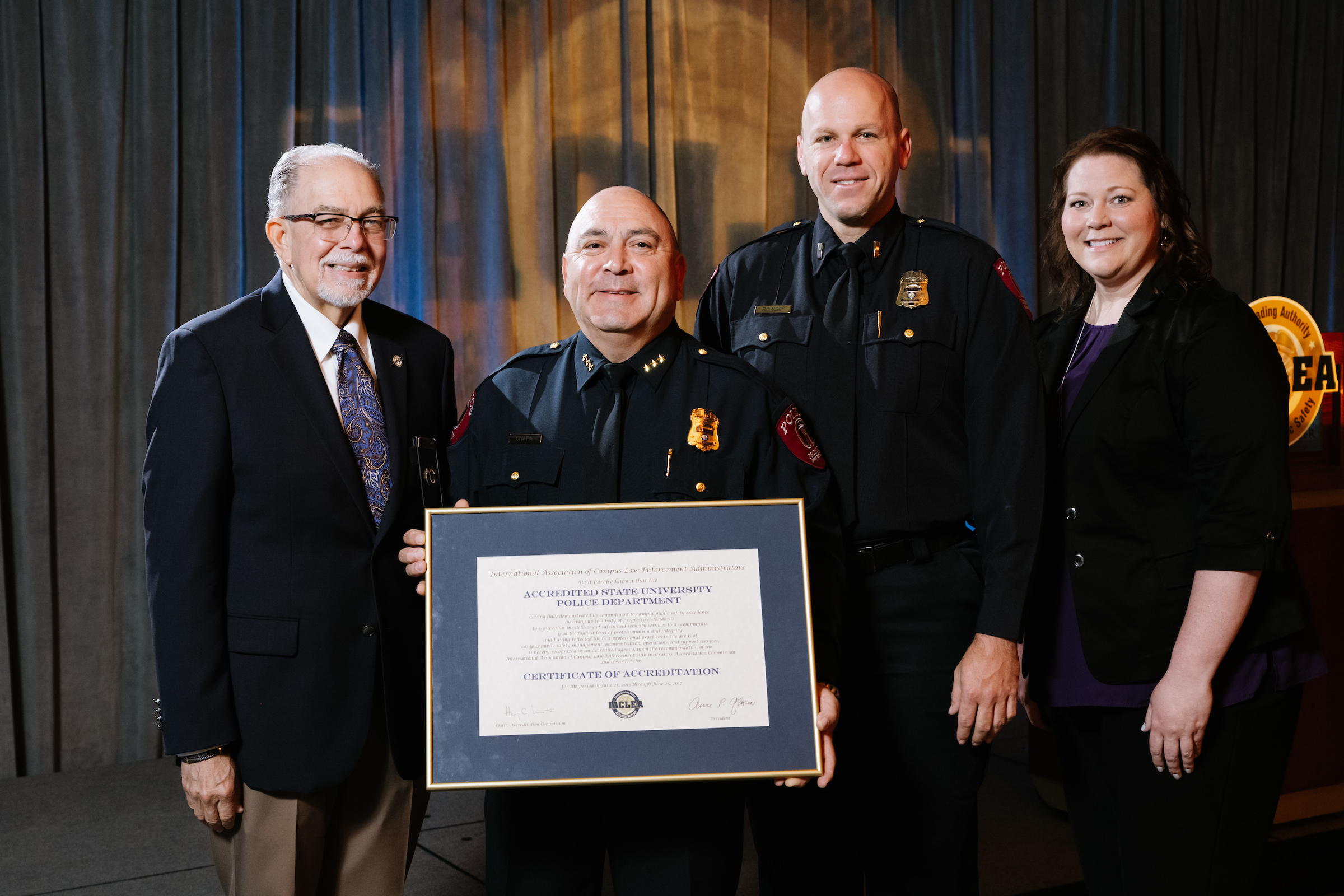 The University of Chicago Police Department

On January 1, 2013, the University of Chicago Police Department became full-service. Prior to this date, the agency relied on the Chicago Police Department to make arrests, collect and preserve evidence, and write official reports. The agency has an authorized strength of 110 full-time personnel, including 94 sworn peace officers and 16 non-sworn personnel. The agency has employed numerous community policing and problem-solving strategies to provide safety and security on its urban campus. 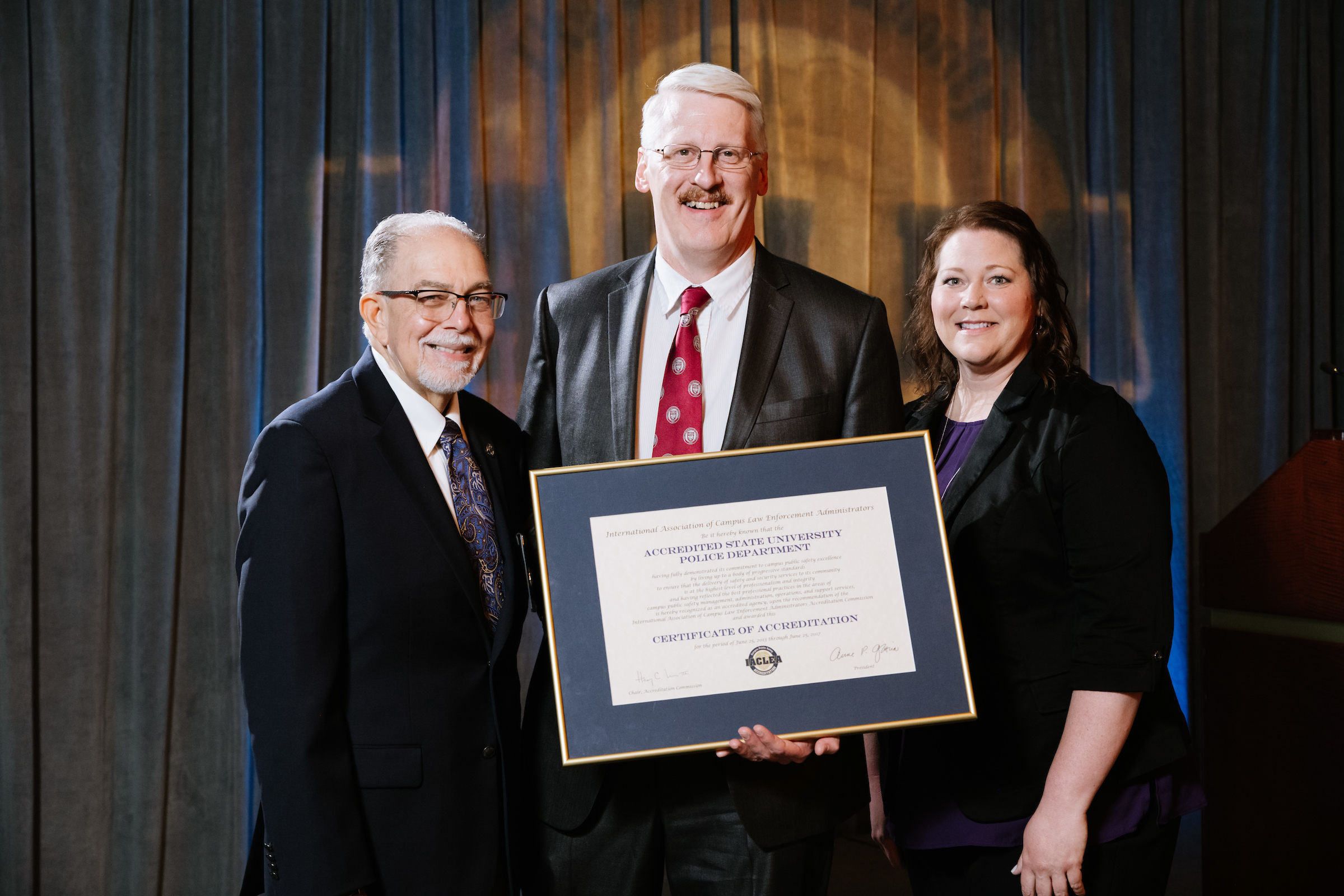 The University Police Department maintains a full-service agency, staffed by full-time law enforcement officers, to respond to reports of criminal acts and emergencies on the Colorado University Anschutz Medical Campus. These officers are Colorado POST certified and hold police commissions with the state of Colorado. The department also employs non-sworn security officers who provide non-emergency safety and security services to the campus community 24 hours a day, 7 days a week. 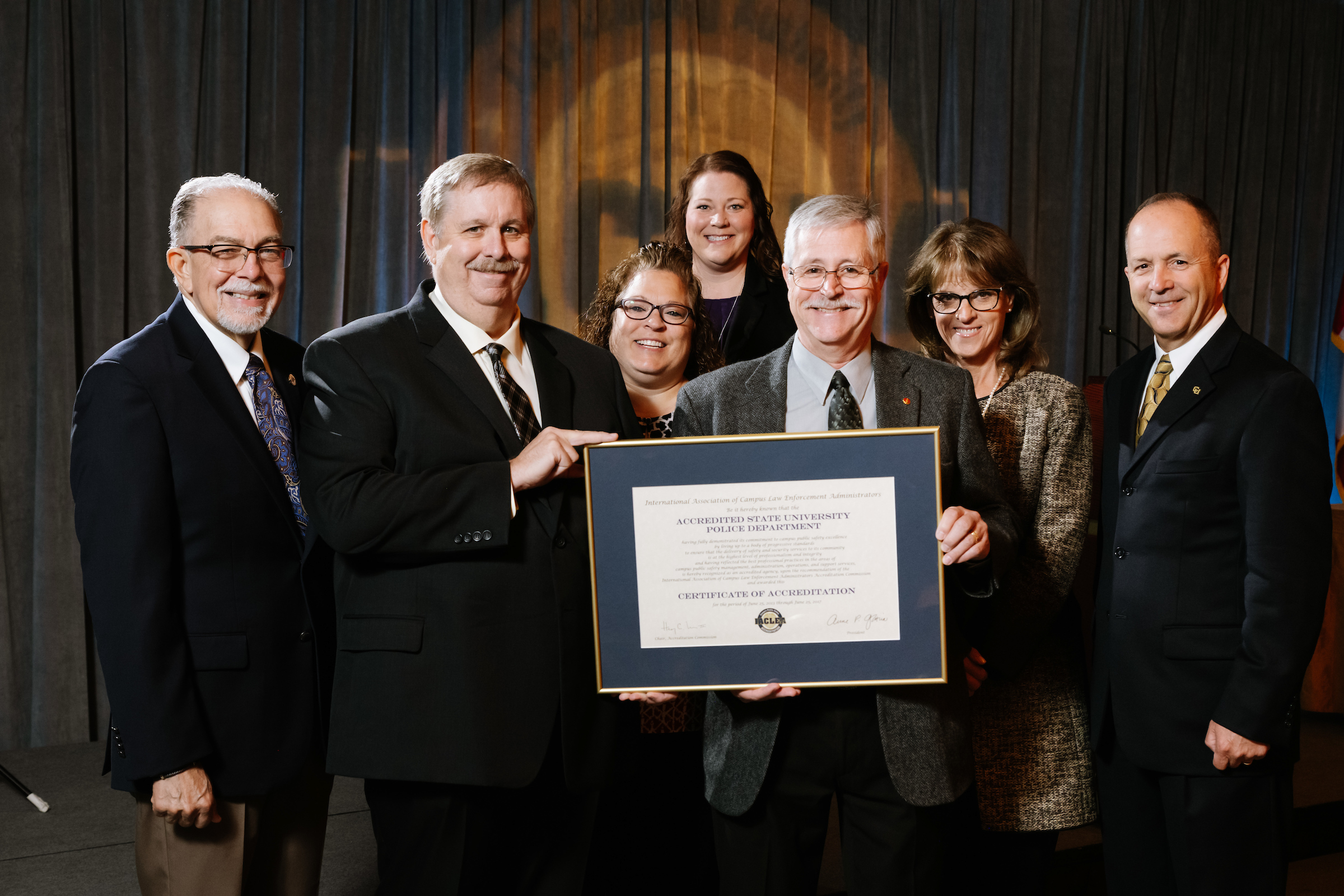 All University of South Alabama police officers have completed an Alabama POST certified academy. Officers are sworn state law enforcement officers and are empowered to enforce all state and local laws on campus and anywhere within the state. With 29 sworn police officers and six civilian employees, the agency is now the third-largest in Mobile County. Recognized throughout the state for its community policing initiatives, the department is a leader in training officers from both Mobile and Baldwin counties in Mental Health First Aid and Crisis Intervention. 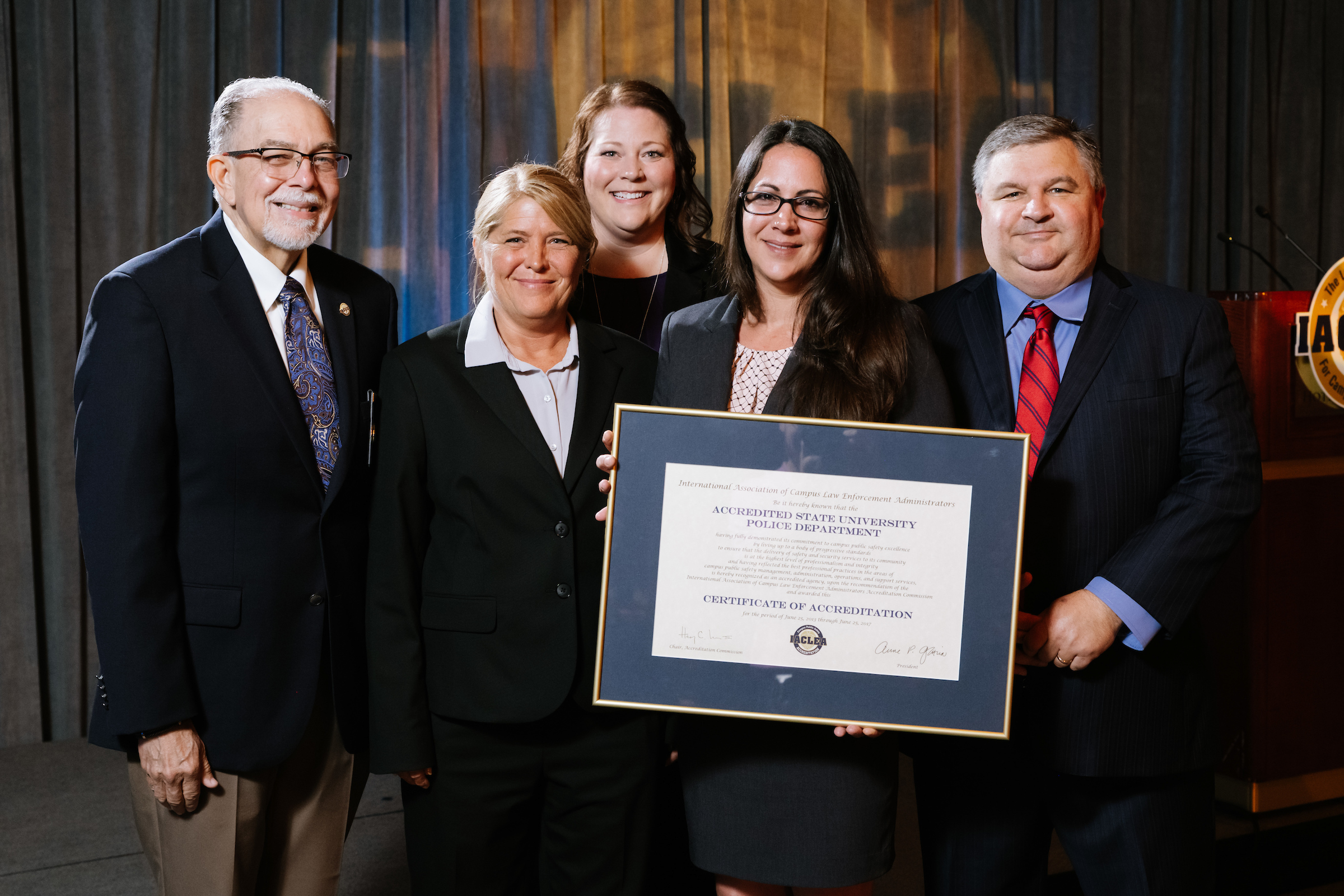 The following agencies have achieved accreditation for a second consecutive term:

The Department of Public Safety is the third-largest law enforcement agency in Onondaga County and provides patrol, investigations, crime prevention, and emergency communications service to more than 22,000 students and the Syracuse University community, responding to approximately 77,000 calls for service a year. In 2017, the department established the Syracuse University Department of Public Safety Campus Peace Officer Academy. 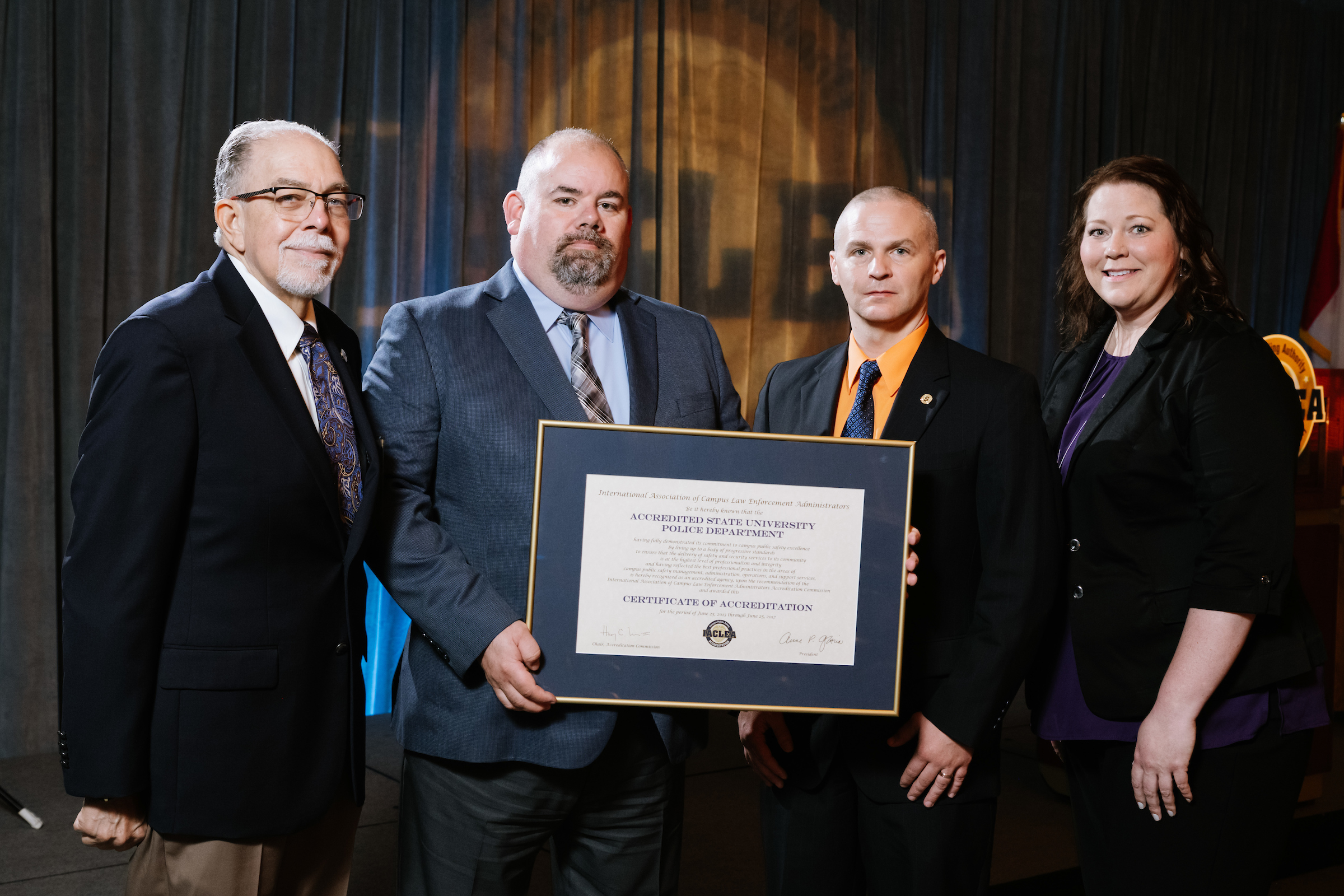 The Virginia Commonwealth University has 99 sworn police officers and more than 100 security officers, making it the largest university police department in Virginia. Located in downtown Richmond, the agency is known throughout the region for making the campus one of the safest areas in the city. 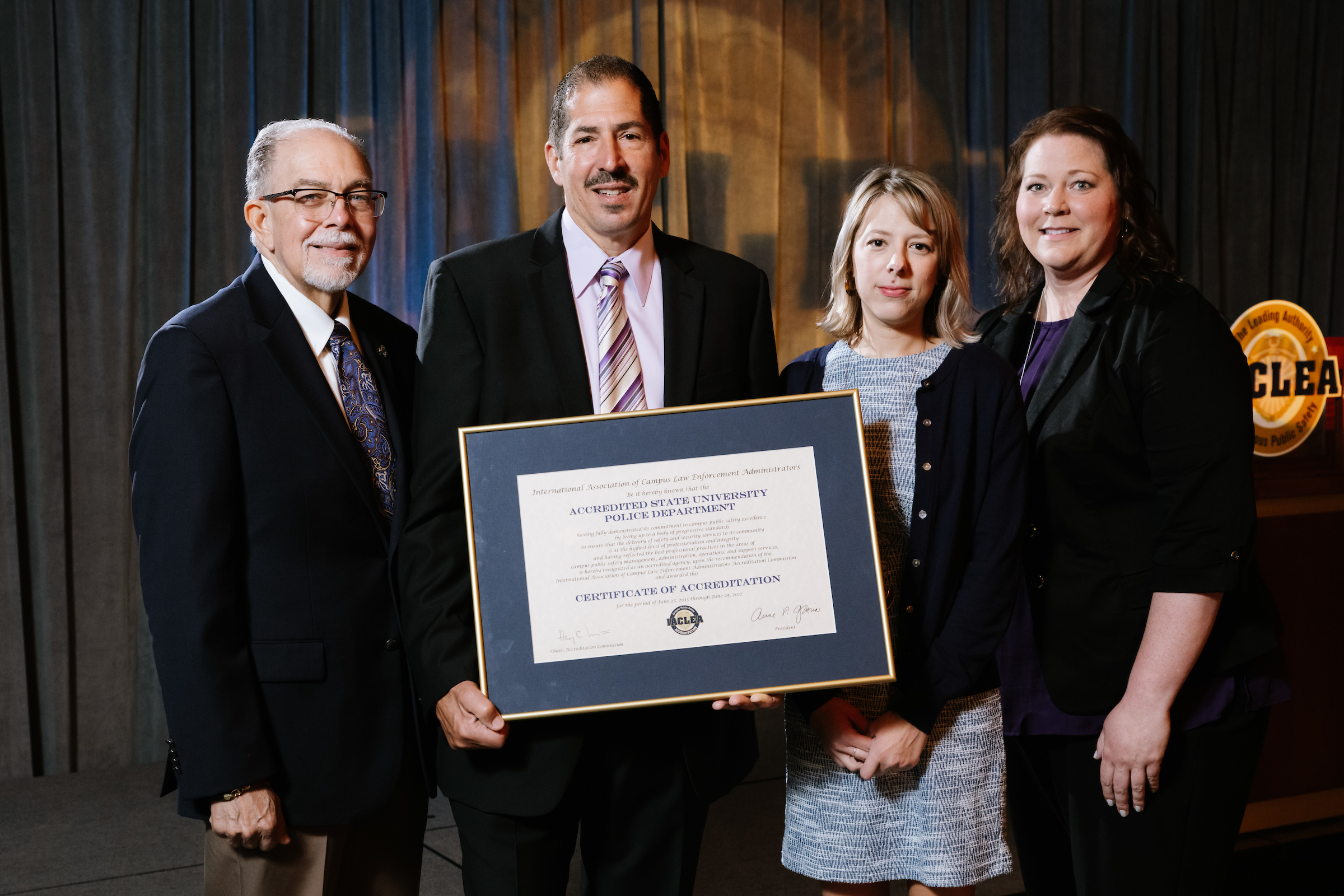 The following agencies have achieved their third consecutive term of accreditation:

The College of Charleston Department of Public Safety

The College of Charleston Department of Public Safety includes 66 men and women and numerous volunteers who are well prepared for the challenges of policing an urban campus. Thirty-five are sworn law enforcement officers, certified by the South Carolina Criminal Justice Academy. The agency is known for working closely with the city of Charleston and the Medical University of Charleston police departments to create a safe campus environment. 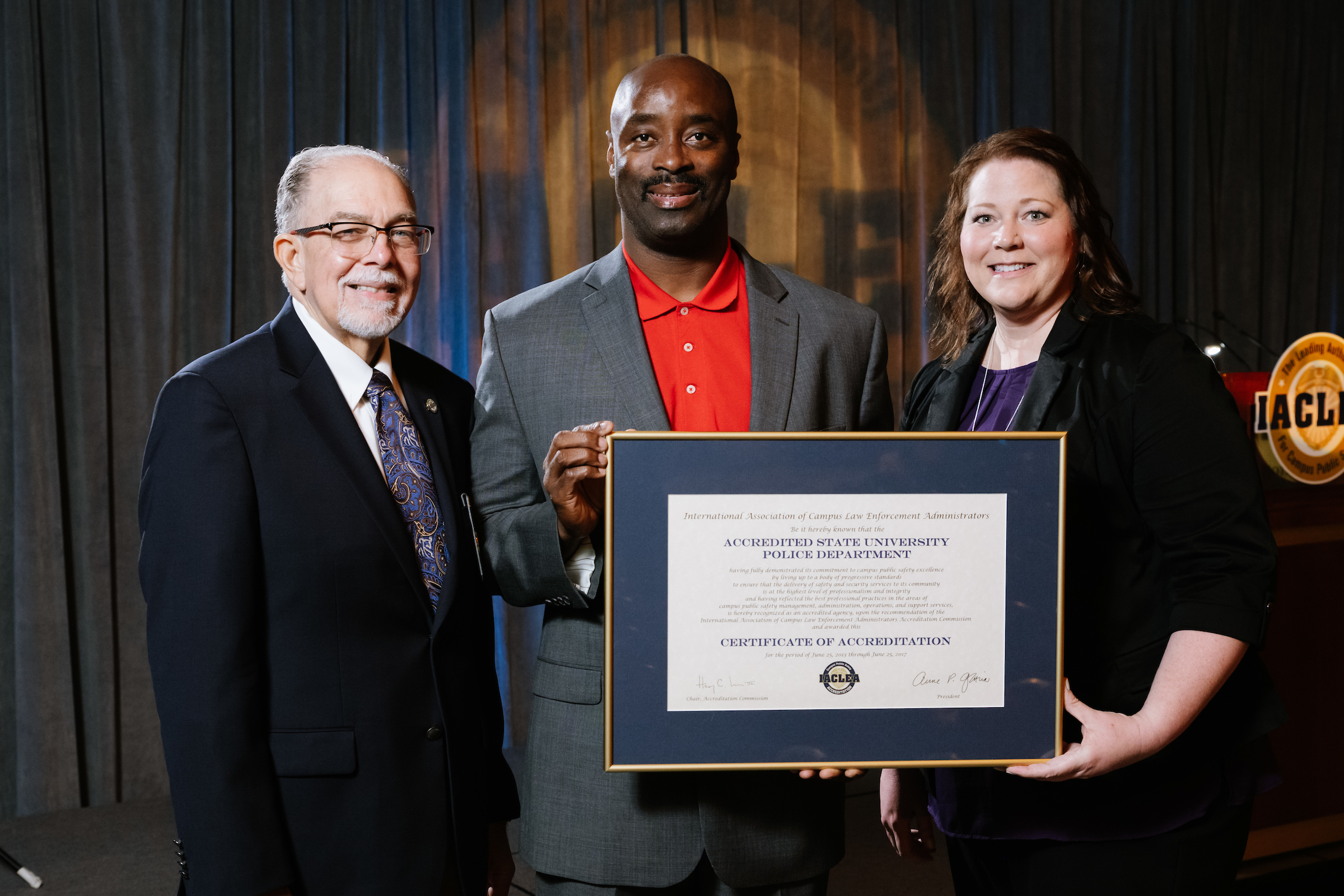 The Medical College of Wisconsin

With responsibility for three campuses across Wisconsin, the agency has created an effective field training officer program for its extensive in-house technical and support staff. The Physical Risk Division collaborates with key stakeholders on new construction, renovation, and long-term planning.  Additionally, the management team is responsible for oversight of critical functions related to insurance, compliance/regulatory issues, and risk management. 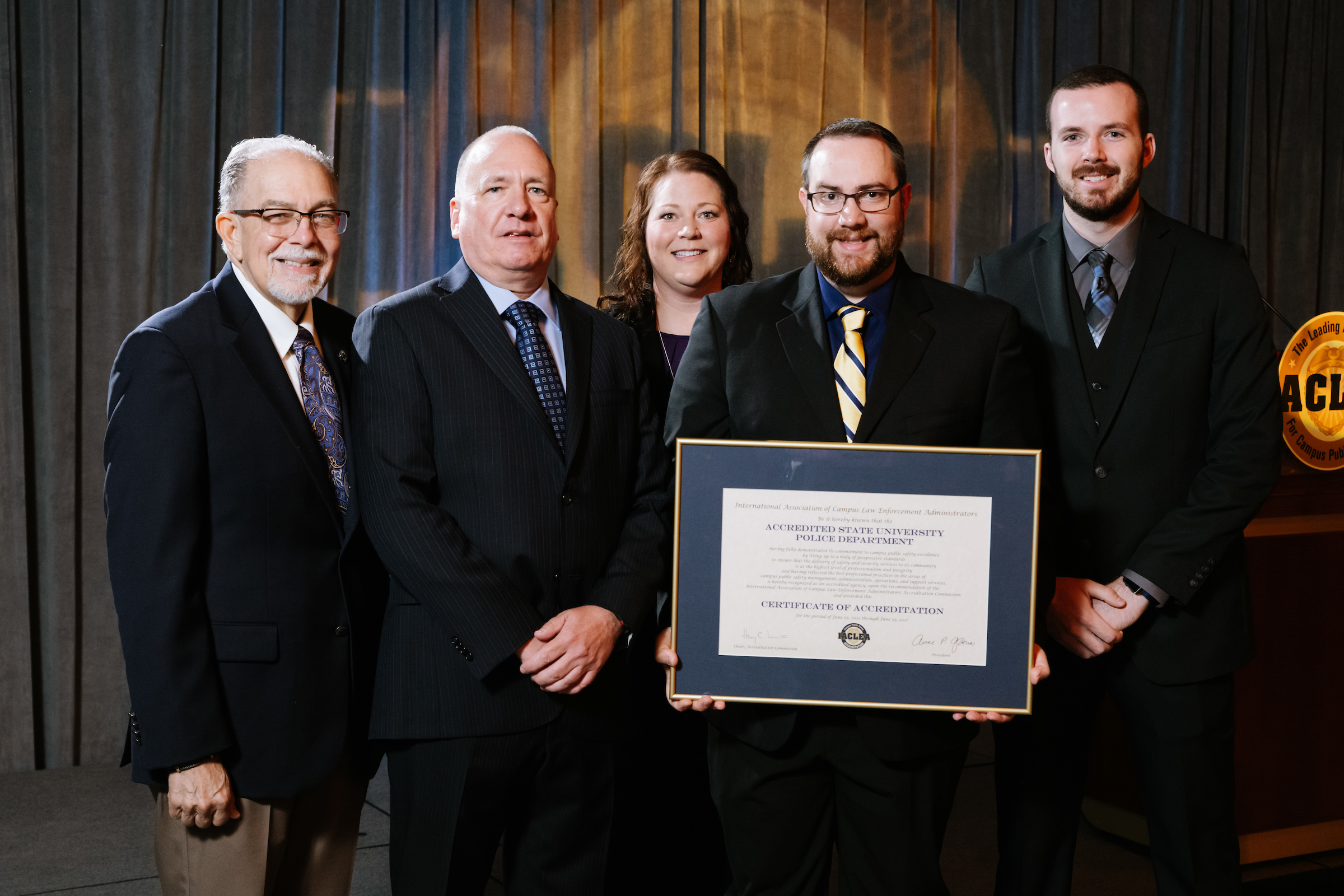 IACLEA congratulates these agencies (and all accredited agencies) for their commitment to transparency, continuous improvement, and excellence.

Is your agency ready to consider accreditation? Click here for more information. Or email us at accreditation@iaclea.org to start the conversation. Special thanks to D. Stafford & Associates for their generous support towards the program.