In a special election race for IACLEA's next Vice President of Finance, Paul Dean, Director-at-Large, has been declared the winner. Chief Dean is also the co-chair of IACLEA’s Homeland Security & Domestic Preparedness Committee.

As the results of the 2021 Board of Directors Election were announced in late March, the members affirmed that the current VP of Finance John Ojeisekhoba will be IACLEA’s new president-elect. Because officers do not serve two roles simultaneously, IACLEA recently conducted a special election for that role that concluded on May 28.

“I am pleased to announce that Paul has been elected as IACLEA’s VP of Finance for the 2021-22 term,” said President Eric Heath.

Chief Dean will be sworn in to his new role during the Annual Business Meeting and Installation of Officers from noon to 1 p.m. on Friday, June 25, during IACLEA’s Annual Conference.

Chief Dean is the Chief of Police and Associate Vice President for Public Safety and Risk Management for the University of New Hampshire (UNH). He is a 36-year veteran of law enforcement and holds a master’s degree in leadership and a bachelor’s degree with honors in criminal justice management from Granite State College. He is also a graduate of the 186th Session of the FBI National Academy in Quantico, Virginia, and the Babson College Command Officer Training program in Wellesley, Massachusetts.

At UNH, Chief Dean serves as an adjunct instructor for its Homeland Security Program; and at IACLEA, he serves as an instructor in terrorism and emergency management-related issues. 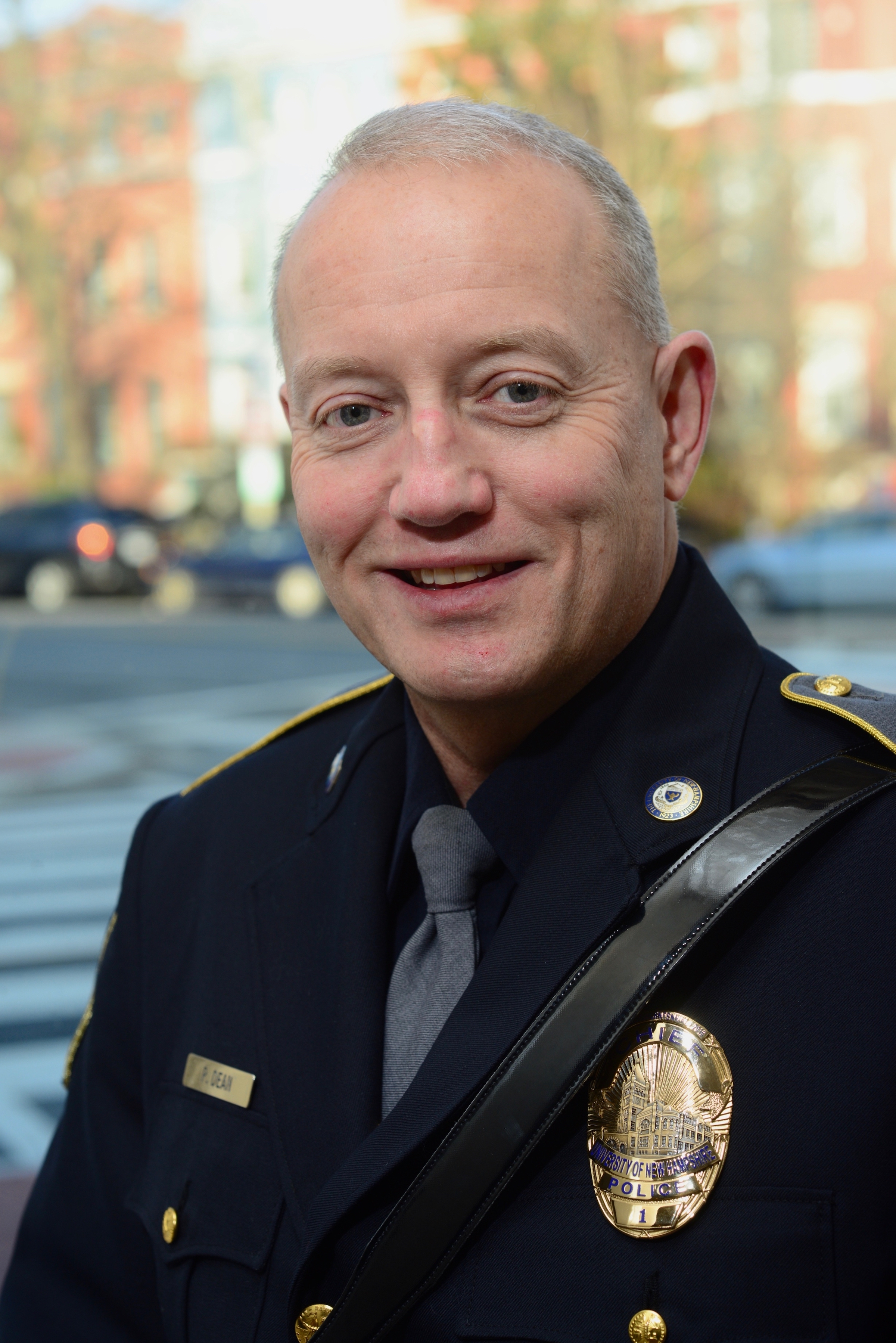 Chief Dean serves on the UNH President’s Leadership Council and on numerous campus committees to include the student, faculty, and staff behavioral intervention teams; and is the chair of the University Emergency Group.

IACLEA’s VP of Finance ensures the integrity of the fiscal affairs of the Association, serves on the Board, and chairs the Finance Committee.

“This is an important and critical time in our Association’s growth and mission,” Chief Dean said. “Campus public safety agencies internationally are re-imagining their work under tight fiscal constraints. It’s vital our Association provides solid value to the members and continue our strong focal stewardship,” he added.