Two IACLEA members—one in New York City (John DeAngelis, AVP, Office of Public Safety and the Office of Environmental Health and Safety at Teachers College of Columbia University), the other in Washington, DC (Jay Gruber, AVP/Chief of Police at Georgetown University)—share their recollections—from where they were, to how campus public safety has evolved and changed since that fateful day—to their own personal emotions.

Where were you on 9/11/01? Can you explain in detail the changes you witnessed in campus policing after 9/11? What were some of the challenges you or your colleagues faced in 9/11’s immediate aftermath?

DeAngelis: While I’m originally from Brooklyn, New York, I had only just returned to my New 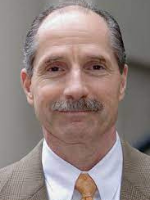 York City roots just a few days before 9/11. I had been working in law enforcement on the West coast and wasn’t yet at my current institution. I know the significant changes that were made at the College and at most other NYC metropolitan area institutions of higher education.

Our Teachers College campus went from an entirely open campus to a restricted access campus with newly posted public safety officers at all entrances to campus, a new electronic access control system, and a greatly expanded CCTV system.  Anti-terrorism training for our college community and most importantly for our college public safety teams took on a new importance and priority. 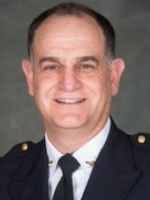 Gruber: I was a police captain working at the University of Maryland Police Department [in College Park, Maryland].  On that day, I was at a distracted driver conference for police leaders in Frederick, Maryland.  Some had mentioned a plane struck the World Trade Center.  In no time, we were all watching the footage on a television at the hotel; and within 20 minutes, we had all left to go back to our home agencies.

When I went back to College Park, I was made the Liaison Officer as part of the Incident Command System. We were laser-focused on the terror attacks until we had a deadly tornado hit campus on September 24 and we had to pivot our focus.

After 9/11, campus police had to think beyond traditional policing and plan for potential terror threats, especially urban campuses. Assuring our community that they were safe and that we were prepared was a major effort on our part.  As time has gone by, the emphasis on the larger terror event like we saw on 9/11 has pivoted to smaller terror events, the most common of which is the lone wolf active shooter.  Campuses spend a lot of time and resources defending against this type of threat.

You both live in cities that were most impacted on 9/11. How do you remember this day personally—as well as professionally?

DeAngelis: After the 9/11 attack, and the mobilization and lockdown, the city was eerily quiet. The normal hustle and bustle of people and traffic, the noise, and the blaring car horns was replaced by a serene stillness.  There was no honking of horns. Vehicle traffic was quieter, less frantic, and drivers extended courtesies to other drivers that was not the norm in busy New York City.  Even the pedestrian movement was less chaotic—a bit robotic in some sense—and folks seemed to be more aware of their surroundings and more courteous to people around them. Of course it wasn’t long before New York City returned to its often chaotic hustle and bustle, but those post 9/11 days were different.

Gruber: I was very worried about my family. My wife worked a few miles from the Pentagon and my young son was in daycare in suburban Maryland, not too far from the Washington, D.C. line. Once I knew they were safe at home, I felt a sense of relief.

At work, I was concerned with some of our high security and sensitive sites.  As the liaison officer, I was responsible for coordinating security and acting as the point of contact for those stakeholders.  It was a busy and chaotic time.

Why did you decide to pursue a career in campus policing? How did 9/11 alter the course of your career?

DeAngelis: I first began a career in campus public safety in 1972 with the Office of Public Safety of Adelphi University in Garden City, New York, prior to my career in public sector law enforcement. I relocated to the west coast in 1976 where I began a career in public sector law enforcement and served as a municipal Chief of Police in California and Washington State before returning to New York. I enjoyed the spirit of the university environment and chose to return to campus public safety, at Teachers College, after retiring from the public sector.

My first position of employment upon returning to New York City in 2001 was at International House, an independent nonprofit providing program and residence services to international students studying in the greater New York City metropolitan area. The Board of Trustees of International House recognized the need for a public safety presence in the post 9/11 environment.  I came on board as the Director of Public Safety and Risk Management and developed the new public safety department.

Shortly after leaving International House and taking on the role of Vice President of Public Safety at Teachers College, I was contacted by Chief Howard Curry, now a recently retired member of IACLEA, and at the time a Training Coordinator for the State and Local Training Team of the Federal Law Enforcement Center (FLETC) in Glynco, Georgia, and one of our industry’s leaders in developing and delivering in-service training for local and state law enforcement.

Chief Curry brought together a small cadre of law enforcement trainers from throughout the United States to develop and deliver a new FLETC training program on anti-intelligence awareness. We piloted the highly successful program at Teachers College and then took it on the road to law enforcement agencies through the United States.  Thanks to the efforts of Curry, FLETC made this program available to all college and university public safety services, whether sworn or non-sworn. The same cadre, again under the direction of Curry, developed and delivered a second successful training program entitled "Criminal Intelligence for Law Enforcement Executives," which we delivered to law enforcement executives throughout the U.S.

Gruber: Like many of my peers looking for police jobs, I had many applications out at local police departments.  The University of Maryland contacted me first and I accepted the offer.  I thought I would be there for a few years and then move on to a larger county or municipal police department. My career at UMPD was very fulfilling and I stayed 26 years until I retired and became the Chief of Police at Georgetown University.

9/11 had a significant impact on me and on my career. I was designated as the University's Emergency Manager (we never had one) as part of my duties. I was able to develop the first emergency operations plan for the University, expand my horizons, increase my training, and procure millions of dollars of grant funding to further secure the University.

Editor’s Note: The November 2021 issue of the Campus Law Enforcement Journal will feature more personal recollections of 9/11, including those of IACLEA President Patrick Ogden, Helen Haire and Kristen Roman (both on IACLEA’s Board of Directors), and from IACLEA special advisor Jeff Allison.