by Kathleen Jump, Project Manager & Communicator, Office of Safety and Emergency Preparedness at the University of Virginia. All photos courtesy of UVA 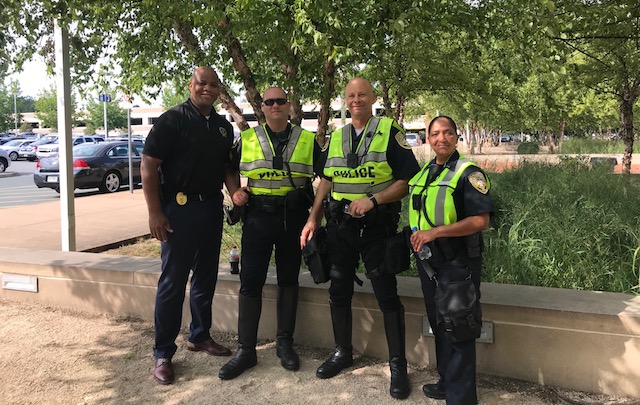 The University of Virginia Police Department (UPD) is an internationally accredited law enforcement agency comprising 67 sworn officers and more than 60 security officers responsible for the safety of students, faculty, staff, patients, and visitors to the university grounds and UVA Health System. Its statutory arrest jurisdiction includes university property, as well as adjacent streets and sidewalks. In addition, UPD participates in a mutual aid agreement with local police departments and a cooperative patrol agreement with the city of Charlottesville, which provides jurisdiction in much of the city area surrounding the university. UPD serves an average daily population of 47,500 persons and works closely with the university community to create and maintain a culture of safety.

Following the events of August 11–12, 2017, in Charlottesville, during which so-called white nationalists and protesters clashed, resulting in the deaths of a protester and two Virginia state troopers killed when their helicopter crashed, the university underwent an external review of its safety and security infrastructure. As a result, in spring 2018, the university consolidated all its public safety functions into a single division and named Gloria Graham the new associate vice president for safety and security, overseeing the new division.

AVP Graham, the university police, and the Office of Safety and Emergency Preparedness (OSEP) joined forces in a sustained planning period to prepare for the 2018 anniversary weekend. The period was marked by an atmosphere of uncertainty as appeals to the city’s rally permit denial wended through the courts and rumors of other protests developed.

To ensure that the university’s critical incident management team was ready to execute effectively in an incident command structure, OSEP led three training sessions and table top exercises as well as multiple small group trainings to delineate roles and responsibilities in the months leading up to the event. OSEP also established a Twitter account to be able to communicate in real time on social media with community members (@UVASafety). 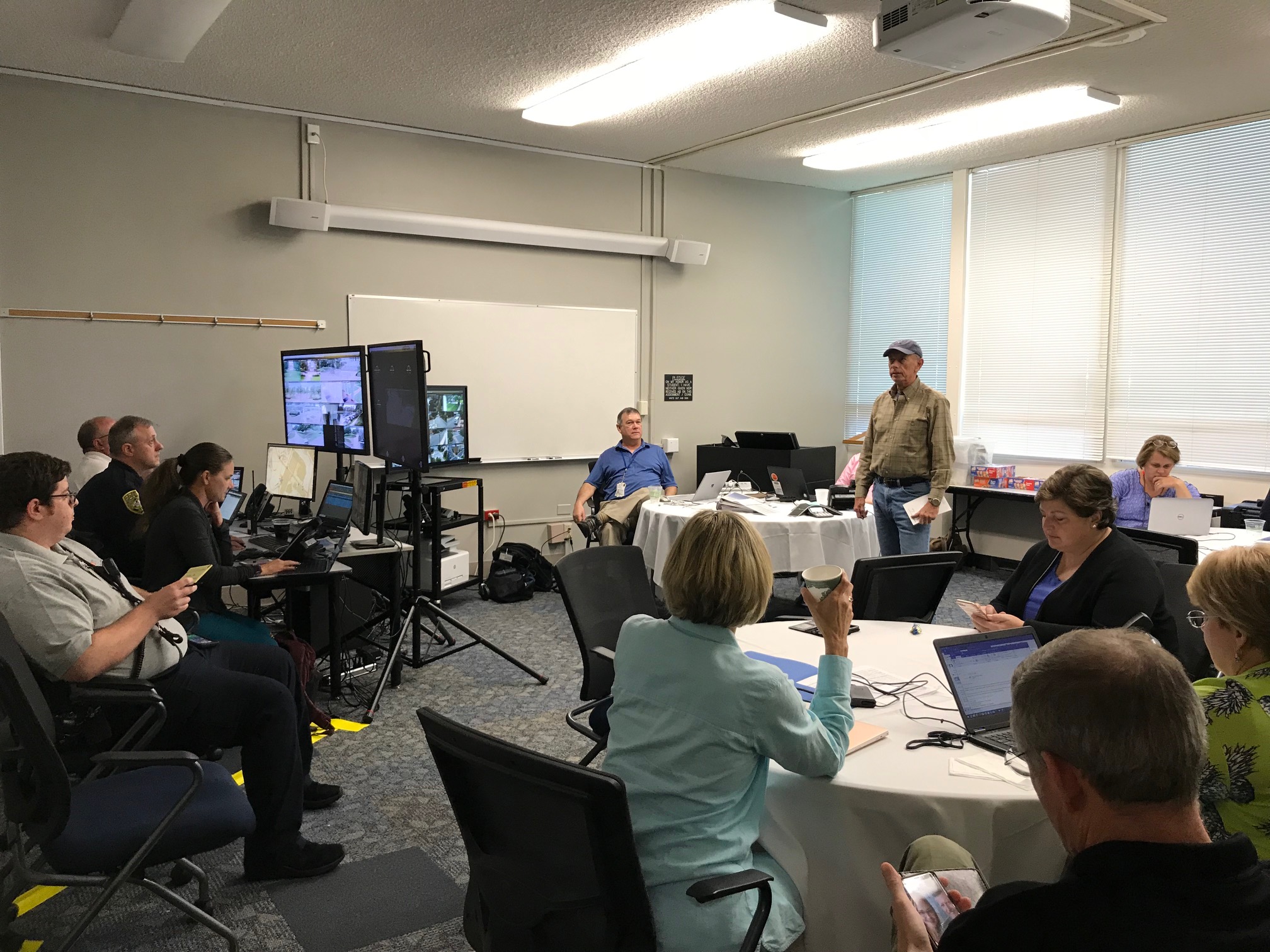 Two months out, the Safety and Security Division launched bi-weekly briefings with university officials on multiple topics including a comprehensive intelligence and information overview, update on regional planning efforts, list of confirmed events, UVA Health System planning efforts, and communications. These regular face-to-face meetings and written updates led to increased information-sharing and provided confidence in the institution’s planning. The close involvement of administrators, especially those in student affairs, ensured that key campus personnel knew what was happening and could deliver accurate messages to students and parents during the critical weeks before the start of a new academic year.

To get ready, UPD officers completed more than 810 hours of new training. This instruction included education in social media/investigations and crowd control, as well as tactical field force training provided by Virginia State Police (VSP) and Albemarle PD.  A few days prior to the weekend, the entire department attended two, two-hour briefings on policy, the department’s mission for the August events, and rules of engagement.

In the four weeks leading up to the anniversary, the university delivered seven mass emails to all faculty, staff, and students. These messages relayed updates related to institutional preparations, individual/personal responsibility, logistics, increased police security, road closures, restrictions to certain areas, as well as how to deal with trauma and anniversary reactions.

Committing to the highest degree of collaboration, the university, city of Charlottesville, Albemarle County, Commonwealth of Virginia, and federal partners agreed to adopt a unified plan for law enforcement, coordination with state and national resources, and monitoring for any activity leading to violence or threatening the safety of citizens.

Throughout the summer, AVP Graham represented UPD with law enforcement partners in half a dozen briefings and panel discussions for members of the community, neighborhood associations, local elected government officials, and the local Chamber of Commerce. She conducted an additional six briefings for UVA’s governing board, faculty and staff leadership, deans, members of the president’s cabinet, and athletic coaches.

Tommye Sutton was sworn in as the new chief of University Police on August 1, and a week later University Police joined Charlottesville PD for the annual Charlottesville Night Out. On August 11, UPD provided security for a special event called “The Hope that Summons Us: A Morning of Reflection and Renewal” hosted in UVA’s Academical Village by UVA’s new President Ryan; it was the first large public gathering of his tenure. 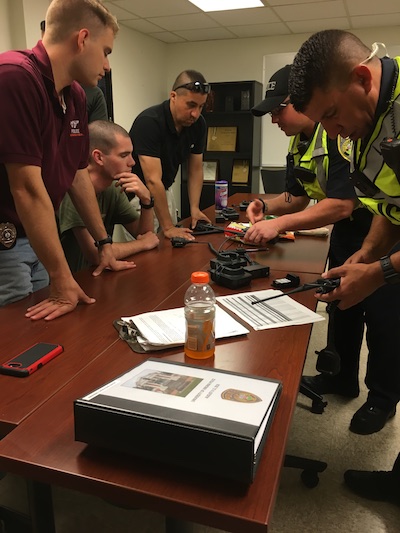 For the weekend, UVA received mutual aid from other agencies, including support from VSP, George Mason University Police, Virginia Commonwealth University Police, Virginia Military Institute Police, and Virginia Tech Police. Personnel were divided into two shifts and paired up with UPD officers patrolling sectors and supporting the university during planned special events and unplanned incidents. In all, there were more than 1,200 police and emergency management personnel assigned to various activities throughout the weekend.

Utilizing National Incident Management System (NIMS) throughout the operational period was key.  An emergency operations center (EOC) was set up at Zehmer Hall on the grounds at UVA.  Separate rooms were established for the joint information center (JIC) and policy group. Technology upgrades permitted camera footage from the city of Charlottesville and UVA to be streamed into the EOC. Video from a VSP aircraft was also streamed into the command post and became very valuable as crowds moved into locations where fixed camera coverage was not available.

Tactical operations were coordinated at a separate unified command center located approximately three miles away from the EOC. Distancing the two from each other allowed for the appropriate level of compartmentalization of tactical versus policy and strategy decision making. Roll calls took place at a third location, the UVA John Paul Jones Arena. That facility allowed us the space to provide meals, check in/out of equipment, and other support functions for the more than 200 individuals deployed for each shift.

The time, effort, and resources invested in collaboration, training, and communication paid off: there were no injuries or police use of force anywhere, and no arrests made on UVA grounds.  In his final message to faculty, students, and staff, UVA President Ryan characterized August 10-12 as “a largely peaceful and meaningful weekend.” 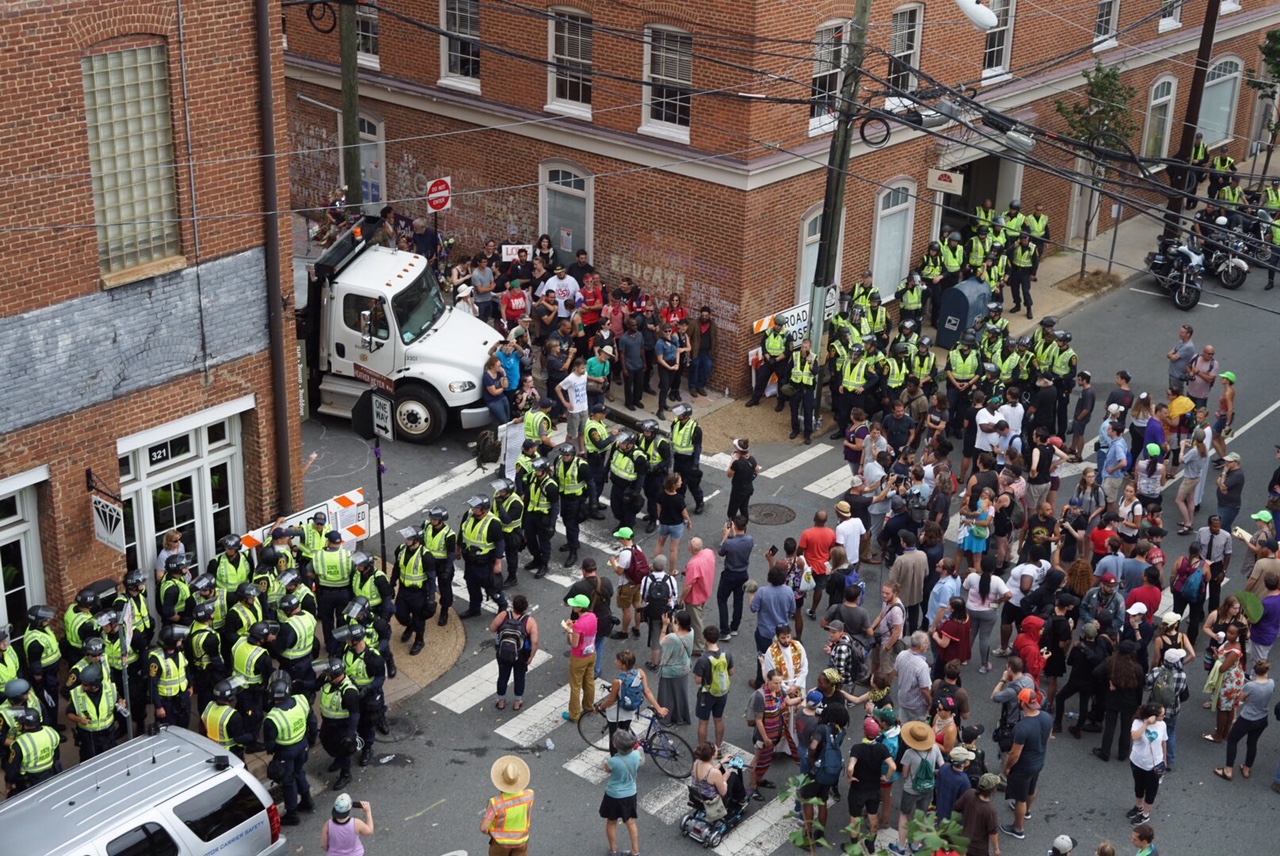 The community gathers to remember Heather Heyer at the location where she was killed by a car that attacked demonstrators in August 2017. 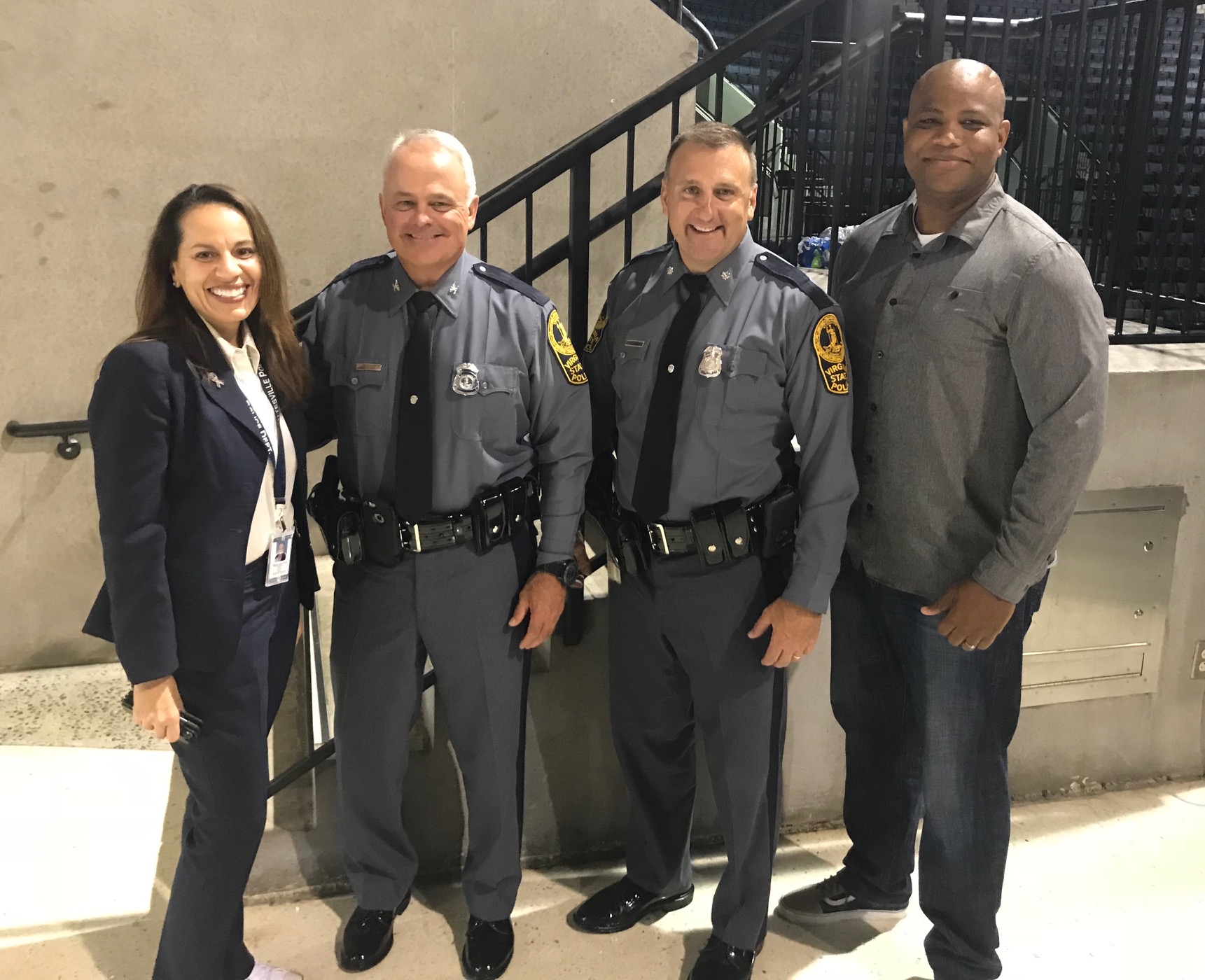