I had the privilege of taking a tour of Western Carolina University’s (WCU) Police Department, so I could better understand the operations and needs of a campus police department for context in my work with the IACLEA Communication Department.

Lieutenant Jerry Adams was gracious enough to provide me with a tour of the facility and walked me through a not-so-typical day of a WCU police officer. 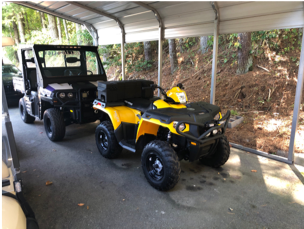 The facility includes everything that you would typically see in a police department, such as an evidence storage room, a locker room, an interview room, a fingerprint station, vehicle storage, a surveillance database, and much more. While on the tour, Lt. Adams pointed out that the department has off-road vehicles so that officers can also serve any incident that may occur on the campus trail system. I had never thought about how emergency personnel would be able to get to someone who could be stuck on the trails, but I feel very secure knowing that they are fully equipped to handle any situation. 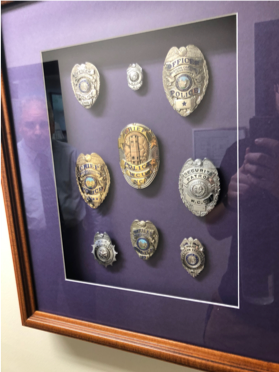 Lt. Adams told me that there really is not a “typical day” for an officer. An officer’s day will vary based on what kind of incidents they are called out to; but a core priority for the department is to be seen. Having officers out in the community shows that they are present and ready to help with any situation. The department is determined to keep the community aspect going and staying true to their mission and vision statement when they say, “We are committed to creating and maintaining an active community partnership and assisting the community in identifying and solving problems to improve the quality of lives on our campus.”

A huge misconception that Lt. Adams pointed out was that the WCU PD personnel are not campus security, as many students believe; rather they are fully trained police officers, on par with the city police officers we are familiar with. WCU has a fully functional department, including patrol and investigation functions. Like many other police departments, the WCU Police Department consists of more than 30 employees including a chief, lieutenants, sergeants, a detective, and full- and part-time officers. WCUPD officers are required to complete more than 700 hours of training at a regional police academy and pass the statewide examination before becoming a certified police officer in North Carolina. WCU police officers are also required to complete the North Carolina Basic Law Enforcement Training before they are allowed to perform any law enforcement duties. 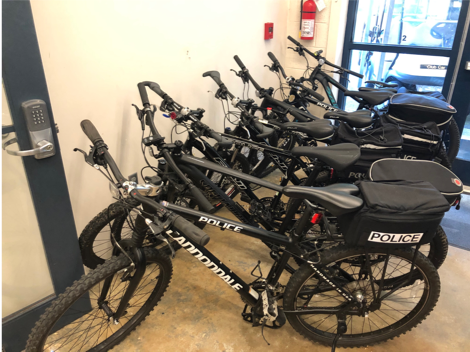 Along with being an IACLEA intern, I am also the Head RA of Levern Hamlin Allen Residence Hall at WCU. Through these duties I have interacted with WCU police officers for a variety of incidents.  Every time I interact with an officer, they try their best to ensure that everyone is taken care of and that there is nothing left unsaid. After having the opportunity to visit my campus’ police department, I feel safer in the fact that they have the resources to respond to any situation that may occur.