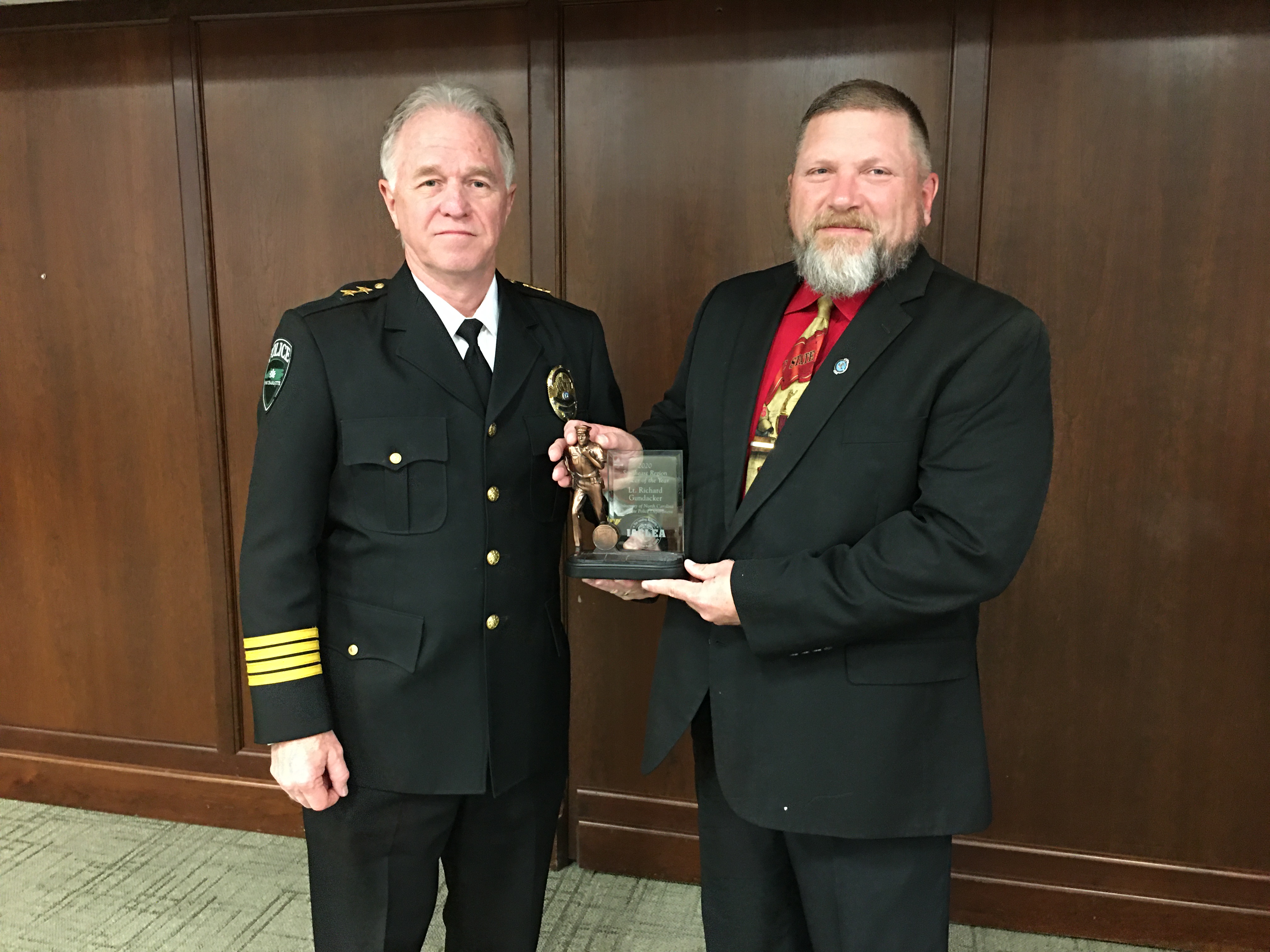 Lt. Richard Gundacker of the University of North Carolina Charlotte earned the 2020 Southeast Regional Officer of the Year for his lifesaving actions during an active shooter event on the campus.

On April 30th, 2019, the campus experienced the most tragic incident in the school's history, when an active shooter murdered two students and shot four others. Within two or three minutes of the incident’s start, then-Sergeant Gundacker entered the building running directly toward the assailant and ultimately taking him into custody. This rapid response prevented the gunman from hurting any other students, faculty, or staff. Lying next to the suspect was a 9mm Glock pistol with the slide locked to the rear, an empty magazine, and a fully loaded magazine. It was clear that the suspect was preparing to reload seconds prior to being taken into custody. The suspect's backpack was also lying within arm's length and contained four fully loaded magazines. There is no doubt that the suspect could have continued his deadly carnage had he not been stopped so rapidly.

Lt. Rick Gundacker rushed into the Kennedy Building with very little knowledge of the number of suspects, weapons, or an identity of the shooter. Had Lt. Gundacker not been there so quickly, the suspect would have been able to reload and continue. Lt. Gundacker was the day shift Watch Commander the day of the crime; he is also the SWAT Team Leader for the UNC Charlotte Police Department. He heroically responded, never thinking twice about the incredible danger he faced while running into a building and coming face to face with an armed assailant.

The entire UNCC community is thankful for the quick actions Lt. Gundacker undertook that stopped any further shooting from occurring on that dark day.  Rick Gundacker has since been promoted to Lieutenant. 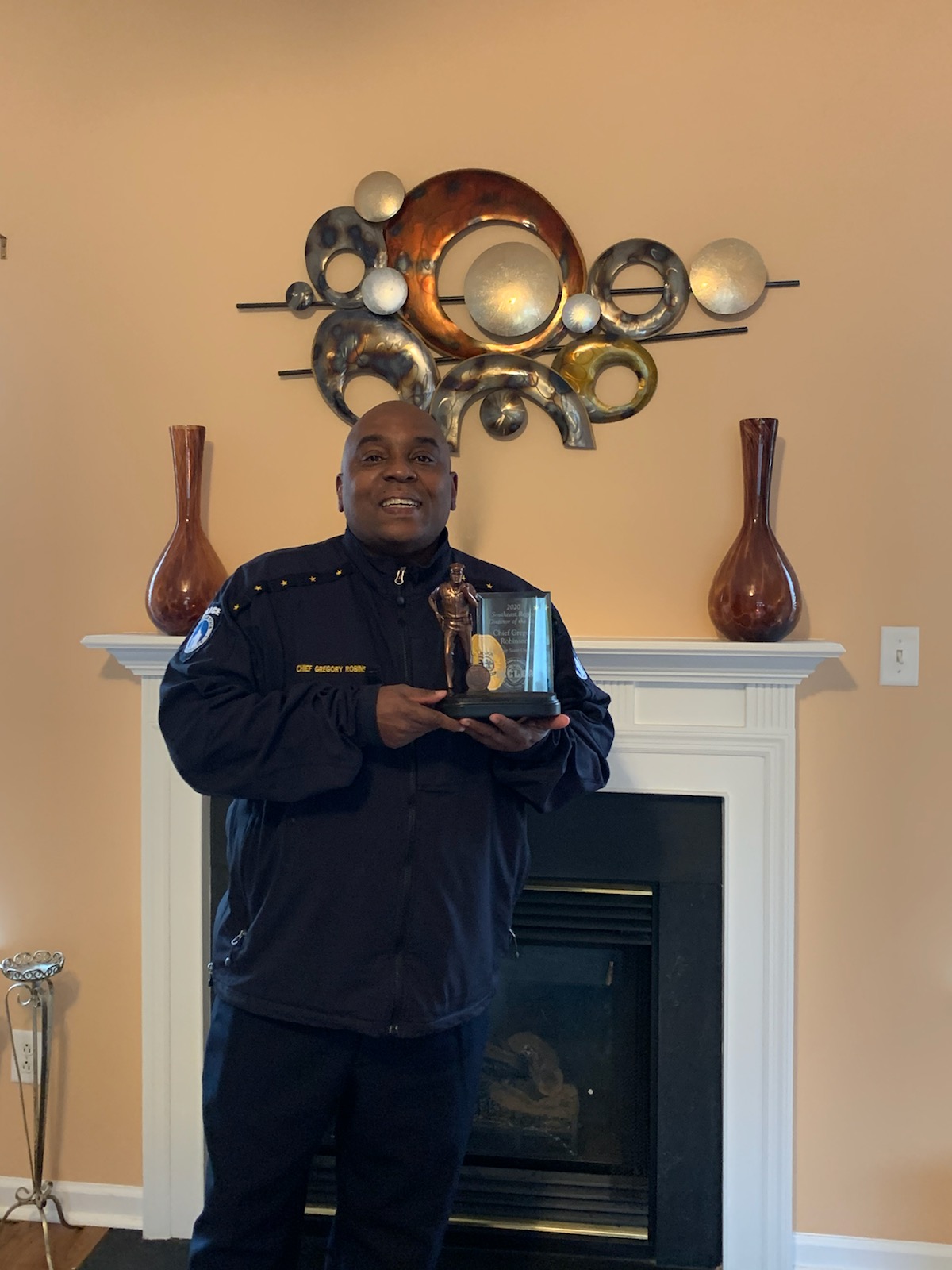 Chief Gregory Robinson of Tennessee State University was selected as the recipient of the 2020 IACLEA Southeast Regional Director/Chief of the Year Award winner. Chief Robinson has been extremely successful in overcoming many obstacles in order to create a responsive and community oriented police department.  He has been passionate about creating an environment that emphasizes service and employees are motivated and dedicated to the department's mission.

He has ensured that officers quickly respond to calls for service and has improved customer service.  He also implemented a plan for safety checks of parking lots, residence hall, and administrative buildings.  As a result of this plan, crime has decreased by 20.6%, and the campus community is much more supportive of the police department.  He emphasized accountability with a reorganization of personnel and also increased the salary for personnel.  He implemented a community-oriented Bike Patrol and created a Dignitary Protection Unit. He also started a RAD program and created a TSU victim compensation program.  He acquired a new digital radio system for the department.

Additionally, he has improved relationships with federal, local, and state agencies. He also created a program to mentor young men and to teach them to better prepare for job interviews. He worked with Omega Psi Fraternity to inspire young men to be positive role models and has worked closely with Student Affairs to resolve issues on campus.

Chief Robinson is a great example of not only a law enforcement leader, but a great community and civic leader. His leadership has positively impacted the Tennessee State University campus.

Chief Robinson also earned the 2019 IACLEA Award for Administrative Excellence, which he received during the Annual Conference & Exposition in Vancouver, in June 2019.

Thanks to former Southeast Region Director Jack Moorman for providing this article. And Congratulations to both outstanding award recipients!