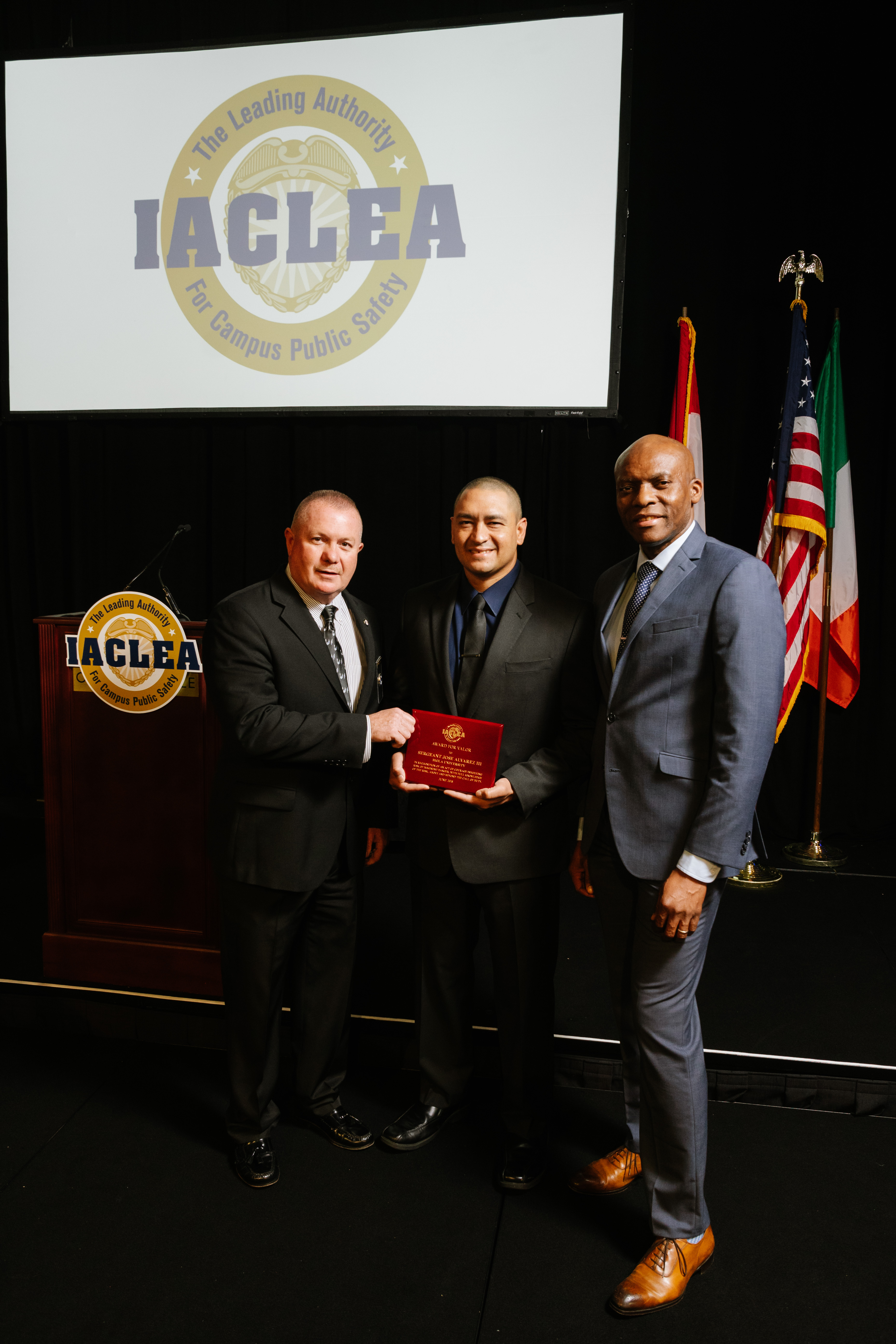 The 2018 Award for Valor was presented to Sergeant Jose Alvarez III of the Biola University Campus Safety Department (La Mirada, California). On December 13, 2017, while patrolling one of the campus’ parking structures, Alvarez observed a female sitting on the outside ledge of the 5th floor.  He quickly assessed that the woman intended to kill herself by jumping from the ledge.  Without hesitation, he approached the woman, grabbed her and pulled her off of the ledge and to the ground.  Upon closer examination, he observed that the woman’s neck and arms were bloodied—a result of self-inflicted knife wounds. The woman was transported to the hospital, as was Alvarez, who sustained injuries during the rescue.  Due to Alvarez’s quick assessment and courageous response, he not only saved a life but was able to call for additional internal and external assistance to further care for the troubled woman.