Yesterday, Deputy Executive Director Josh Bronson represented IACLEA by participating in a virtual congressional staff briefing to kick off National Police Week. The briefing was a chance for representatives from several other police associations to talk about Department of Justice (DOJ) grant programs. Other associations taking part included:

Bronson addressed congressional staffers on the importance of the Collaborative Reform Initiative Technical Assistance Center (CRI-TAC), a program of DOJ’s COPS office. IACLEA has been a part of CRI-TAC since it first began in 2018. 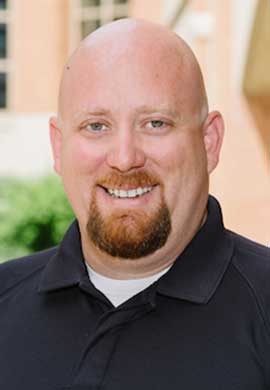 “Like we saw recently in the tragedy at Bridgewater College in Virginia where Officer John Painter, a fully certified police officer, and Officer JJ Jefferson, a non-sworn public safety officer, where murdered protecting their communities, both sworn and non-sworn campus public safety officers are on the front lines and are first responders to emergency situations on their campuses. They need the same access to funding to better train and equip themselves to better serve their communities,” Bronson continued.

“CRI-TAC is an important program that hundreds and hundreds of police agencies of all sizes and types have been able to take advantage of, and I strongly encourage you to continue to support and fund CRI-TAC,” Bronson concluded.

CRI-TAC consists of nine leading policing associations including IACLEA, IACP, FOP, FBINAA, IADLEST, NOBLE, NAWLEE, MCSA, NSA, NTOA. It provides critical and tailored technical assistance to all types of police agencies, but campus agencies have found it especially useful and easy to use.   CRI-TAC uses a “by the field, for the field” customized approach in over 50 topic areas. The no cost service includes in-person and virtual or web-based training, in person technical assistance, virtual consultation, webinars, policy assistance, resource referral, and meeting facilitation.