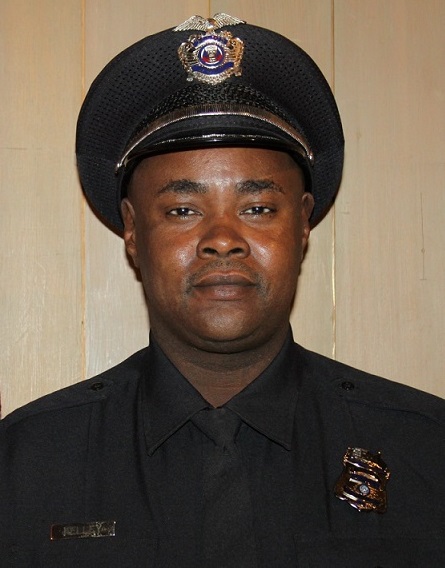 On March 14, 2014, Officer Marc Uland Kelley passed away in the line of duty after suffering a heart attack while responding to a fire alarm call in a residence hall on the campus of Trinity University.

Officer Kelley was sworn in as a Trinity University Police Officer on March 14, 2011. During his 3 years of service, Marc served as a patrol officer, bike officer, Mental Health Officer, and trained as a tactical first aid officer. Marc was known as an officer of its purest form, always willing to help and never spoke a negative word. Standing 6’2 and 290lbs, he was known as the “Gentle Giant” amongst his friends.

Prior to this position, Marc worked mostly in the hotel hospitality industry. Always one who wanted to learn and do more, Marc earned an Associate of Applied Science in Airframe and Power Plant Technology from Hallmark University. After careful thought and reconsideration of his career goals, he made the decision to go into law enforcement. It was through law enforcement that Marc found his true calling.

After graduating from the San Antonio College Law Enforcement Training Academy with his Basic Peace Officer certification, Marc was hired as a police officer with the Trinity University Police Department. His experience in the hospitality industry gave him the skill set to communicate with people of different backgrounds. Marc took great pride in protecting and serving the students, faculty and staff at Trinity University.

Marc was a beloved son, brother and a doting uncle. Outside of work, he spent most of his time with his niece, Kyra. Marc was a loyal friend to many and he will be truly and deeply missed by all that knew him.

Marc is survived by his mother Hughella, his brother Brant, sister-in law Joyce and niece Kyra. Marc was a native of San Antonio, Texas.