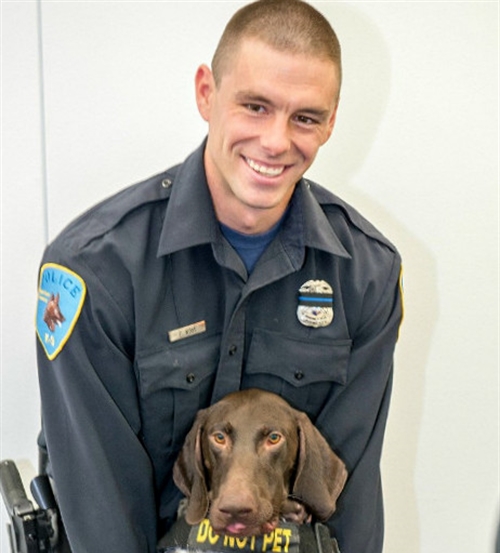 Sergeant Rose was in an area that had experienced numerous thefts from vehicles the previous day. He informed dispatchers that he was making contact with a suspicious person in front of 3650 Lincoln Street. During the encounter Sergeant Rose attempted to detain the man but the subject suddenly pulled out a gun and shot him in the head.

The subject fled the scene but was arrested in March 2017 after shooting at three Detroit police officers who were attempting to make contact with him. He was charged with Sergeant Rose's murder in August 2017.

Sergeant Rose was a member of Police Unity Tour.

Public Safety Officer Jody Smith and Police Officer Nicholas Smarr, of the Americus Police Department, were shot and killed while responding to a domestic violence incident at a local apartment complex at South Lee Street and Country Club Drive, near the Georgia Southwestern State University.

He ordered the man to come to him, but the man instead fled out of the back door. Officer Smarr radioed that the man was fleeing and ran through the apartment. As both officers pursued the man on foot the subject opened fire on them, striking both officers in the head. Despite his wounds, Officer Smarr returned fire but did not strike the suspect. Officer Smarr immediately began to perform CPR on Officer Smith until he collapsed from his own wounds. Both officers were transported to Phoebe Sumter Regional Hospital where Officer Smarr was pronounced dead. Officer Smith was flown to a trauma center in Macon, Georgia, where he died the following day.

The suspect fled the scene but committed suicide next day following a SWAT raid of a local residence.

Officer Smith was survived by his fiancee.