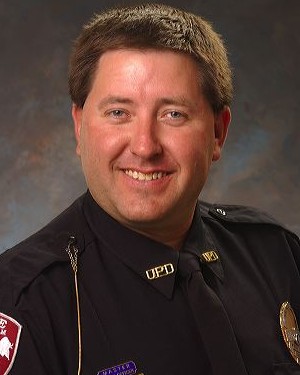 The 2018 Officer Memorial was given in honor of Corporal Monty D. Platt of the West Texas A&M University Police Department. Cpl. Platt died of complications from an animal bite sustained on July 24, 2017, as he attempted to capture an injured feral cat on campus. The cat attacked and bit him through his work gloves, puncturing his skin.  Cpl. Platt had 24 years of service in law enforcement, serving the past 21 years with the West Texas A&M University PD. Deeply missed by his friends and colleagues, he is survived by his wife, son, and mother.