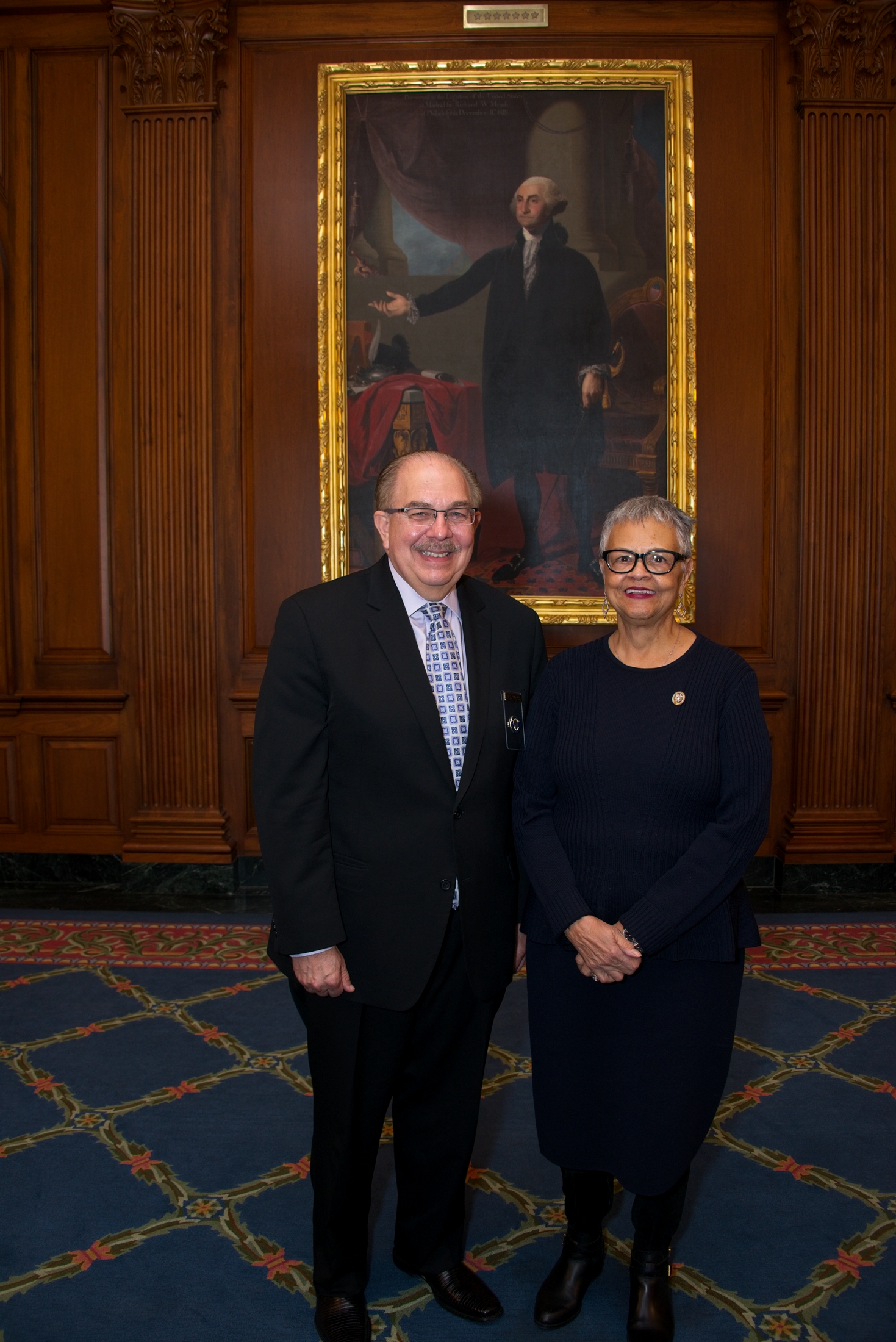 IACLEA senior leaders met with Members of Congress and their staff to raise critical issues and share valuable expertise on public safety policy matters during IACLEA’s annual Capitol Hill Day. The Board of Directors, joined by several general members, crisscrossed Capitol Hill meeting with more than 70 U.S. Representatives and Senators or their legislative staff.

“It was great to work shoulder-to-shoulder with other Board members to bring these legislative matters to lawmakers’ attention,” said IACLEA President David Bousquet, chief of police at Becker College. “IACLEA members are the leading authority for campus public safety, and our advocacy efforts can help influence beneficial policy.

With effective regulations and appropriate resources, campus public safety leaders can further enhance the exceptional work we do every day to keep our nation’s higher education campuses safe.” 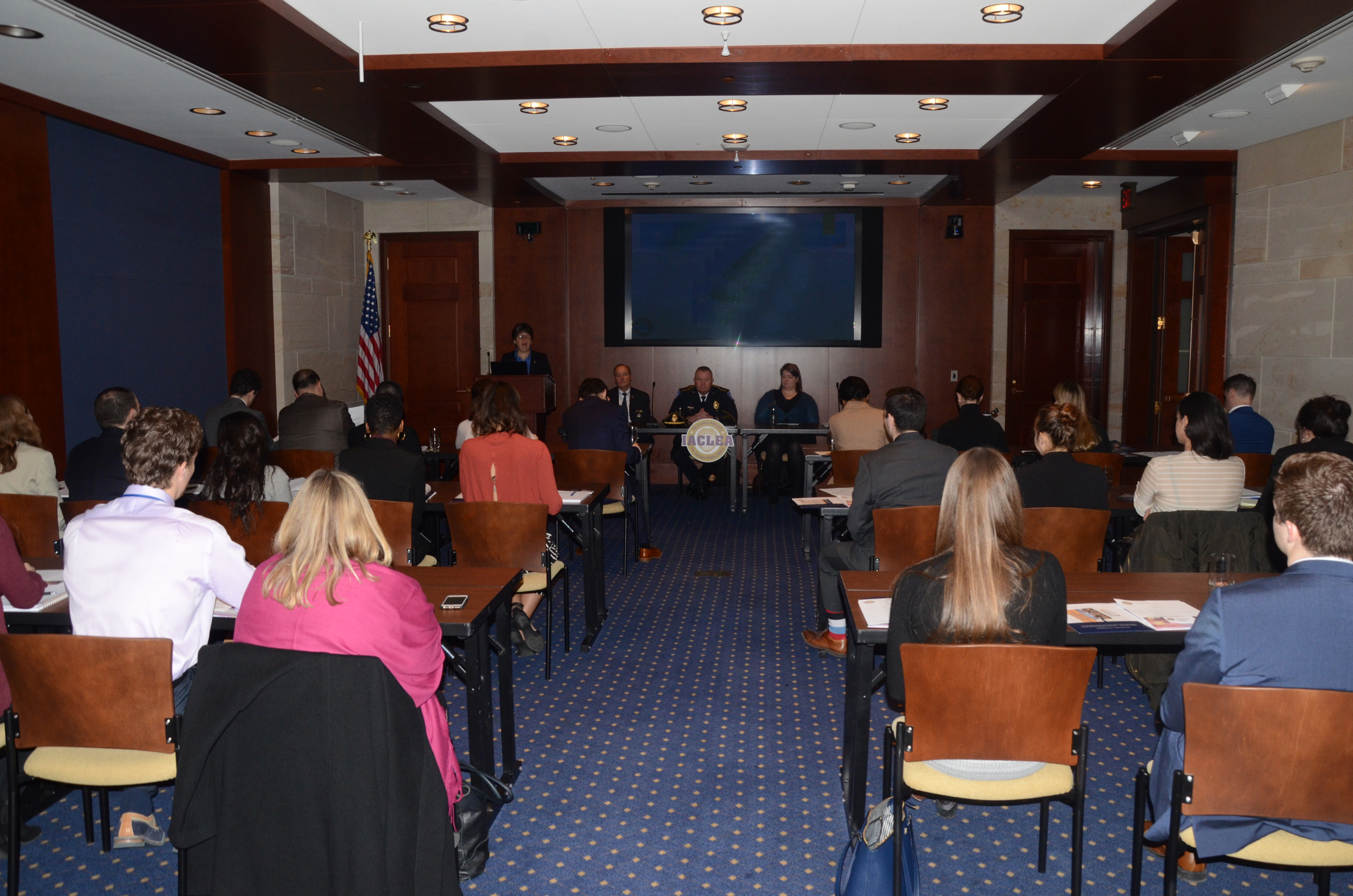 The day started on a high note: the presentation of the Congressional Champion Award. The 2018 recipient is U.S. Rep. Mike Capuano (D-MA-7). In presenting the etched glass vase to Rep. Capuano, President Bousquet said: “The IACLEA Board of Directors voted unanimously to bestow this award on you, primarily for your leadership as sponsor of the Sean Collier Act. A horrified nation watched the manhunt to apprehend the Boston marathon bombers. During that multi-agency response, MIT Officer Sean Collier was assassinated. We appreciate your efforts to ensure that in the future campus public safety officers from private institutions will receive federal line-of-duty death benefits, the same as their public school colleagues do.” 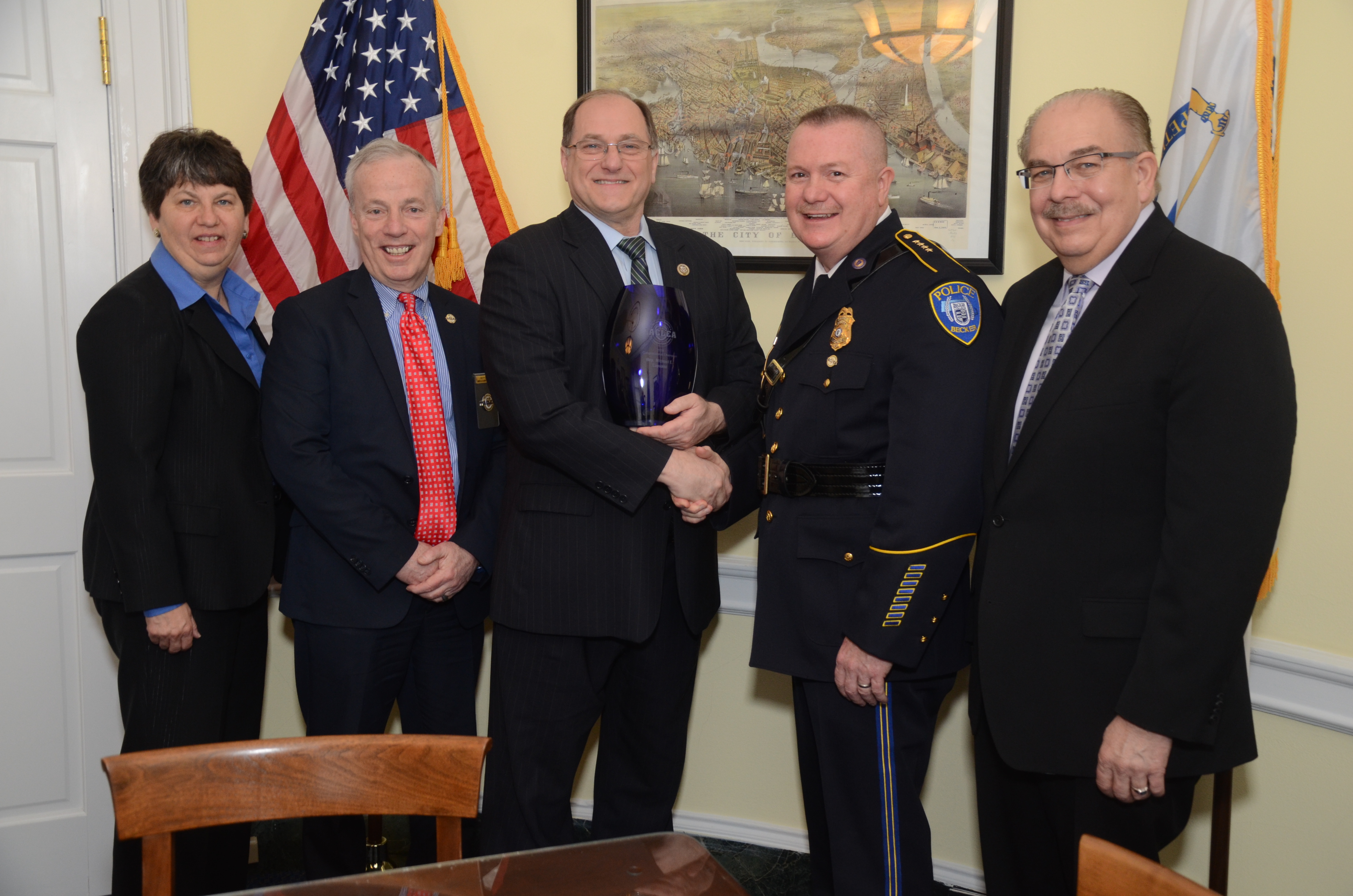 “While I appreciate the recognition, I am truly grateful for IACLEA’s efforts increasing awareness of the Sean Collier Act,” stated Congressman Mike Capuano.

“The legislation would make campus police officers eligible for assistance under the Public Safety Officers’ Benefits program and was filed in memory of Officer Sean Collier who was murdered by the Boston Marathon bombers.”

In addition to the Board, IACLEA members Patrick Ogden, chair of IACLEA’s Government Relations Committee and chief of police at the University of Delaware in Newark, and Michael Murphy, assistant director of security at Rockefeller University in New York City, participated in the daylong event.